A galaxy that is relatively close to Earth has been photographed by astronomers, capturing its tendrils in incredible detail. 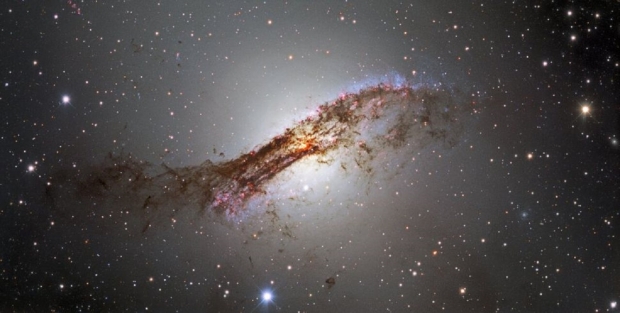 The galaxy that is front and center in the image is Centaurus A, which is more than 12 million light-years from Earth, a relatively short distance in space. Centaurus A is located in the southern constellation Centaurus and was first discovered back in 1826 by Scottish astronomer James Dunlop from his home in Parramatta, New South Wales, Australia. Due to how bright the galaxy is, it's one of the most studied galaxies in the southern sky.

The supermassive black hole located at the center of the galaxy is estimated to contain 55 million times the mass of our Sun and is also shooting out jets of matter that is causing a bright source of radio light that astronomers are interpreting. The tendrils seen encompassing the black hole are comprised of dust, which came from a collision of another galaxy in the past. Researchers used the Dark Energy Camera that is located at the Cerro Tololo Inter-American Observatory in Chile to take the image. 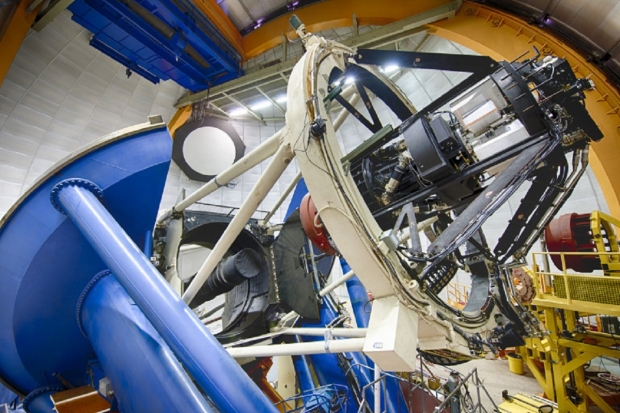 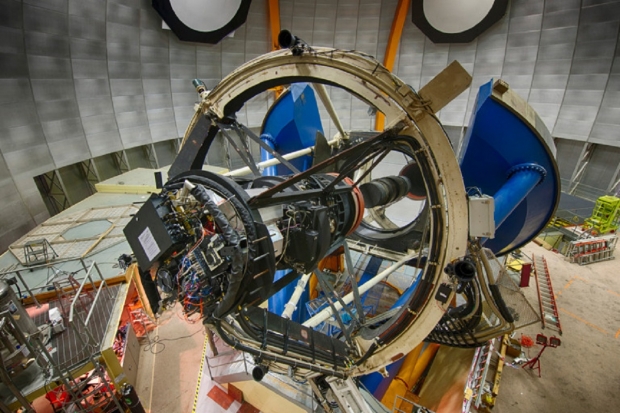