Astronomers have located an asteroid that is mysteriously exhibiting comet-like activity. Their new study aims at figuring out why.

Firstly, comets are known for their tails that can be seen as they fly through space. These tails are the result of a process commonly referred to as "outgassing". The tails themselves are ice, rock or other material and usually occur when the comet is heated. This process of "outgassing" isn't exclusive to comets, as moons and other icy bodies have been observed giving off gas when heated.

With all of that now in mind, it would be understandable to be confused when observing an asteroid that's rock outgassing material. Phaethon is a 3.6-mile wide asteroid that has been the focus of a study led by Joseph Masiero of Caltech's IPAC (Infrared Processing & Analysis Center) research organization. The team of researchers observed the asteroid's comet-like behavior as its orbit approached the Sun. What the researchers found was that the likely source of the outgassing was heated sodium. 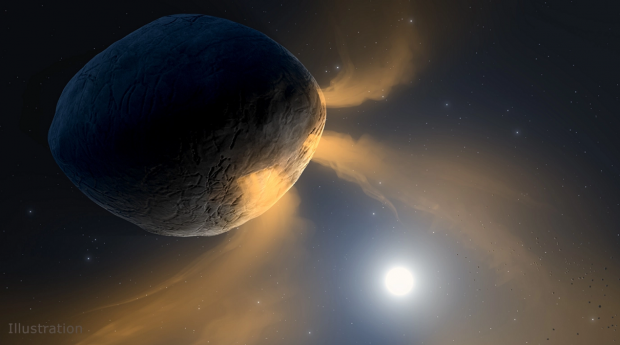