Black holes are certainly one of the most incredible creations of the universe, perplexing scientists and our general understanding of how physics works.

However, humans have come a long way in our understanding of black holes and the general way the universe functions, but now we are at the point where we have gathered enough data to create simulations of these celestial phenomena. Claude-Andre Faucher-Giguere, a physicist at Northwestern University and the lead author on a new paper that has simulated a black hole, said, "The reason supermassive black holes are so difficult to explain is that forming them requires cramming a huge amount of matter into a tiny space."

Adding, "How does the universe manage to do that? Until now, theorists developed explanations relying on patching together different ideas for how matter in galaxies gets crammed into the innermost one millionth of a galaxy's size." In the above video, you will be able to see a supermassive black hole at the center of a galaxy called NGC 1566 and how all of the gas is consumed by the massive structure.

"Our simulations show that galaxy structures, such as spiral arms, use gravitational forces to 'put the brakes on' gas that would otherwise orbit galaxy centers forever. This braking mechanism enables the gas to instead fall into black holes", said Faucher-Giguere. 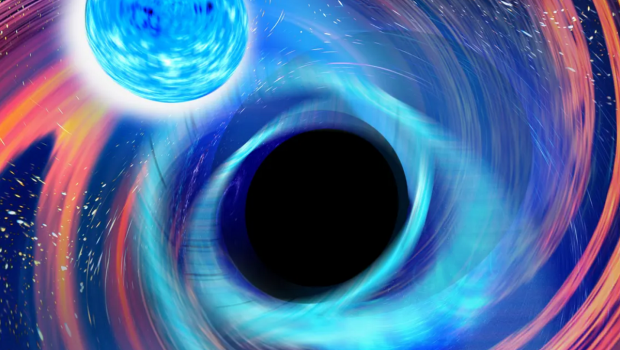