Outriders developer People Can Fly tells investors that it hasn't received royalties for game sales, which indicates the game hasn't become profitable yet. 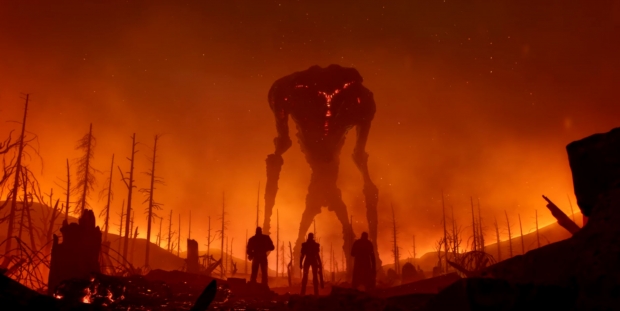 After going public with an IPO, People Can Fly is trying to maintain transparency with investors. This includes regular updates on earnings and game sales. The company just put out a recent post alleging that Outriders, the latest shooter from People Can Fly, hasn't broken even yet because they haven't received any royalty payments.

While it's unusual for a game developer to out specifics of its contract publicly, even to investors, People Can Fly might be correct in its assertions.

During the quarter, which includes Outriders' release, Square Enix made 25 billion yen (about $228 million) from HD games, down from the 34 billion yen made last year during the same period. Operating income, which is earnings from operations after expenses are deducted, fell nearly 30% to 17.3 billion yen ($156 million). The operating profit margin for digital entertainment, which includes Square Enix's games division, dropped to 24.5% as compared to 34% last year.

This reflects both the sales revenue drop and an increase in expenses.

Despite this disappointing information, we believe that the first royalties from the sale of Outriders will be received by the Company this year. We will try to maintain the most detailed and open communication with investors on this matter, because I know that this is what they expect from us. At the same time, please remember that our information policy is closely related to the business model based on cooperation with a global Publisher.

Square Enix has yet to reveal sales figures for Outriders, but they did say the game's inclusion on Game Pass has helped push digital sales.

"While there were slight issues with bugs and the like on launch, we believe it has gotten off to a good start as a new IP. In addition, we have been pleasantly surprised as the digital sales ratio for the title have been very high, and the number of active users has also beaten our expectations. We believe that our decision to make Outriders available with Microsoft's Xbox Game Pass as soon as the title launched also worked in our favor to build an installed base for the game," Square Enix's CEO said in a Q&A session in May.