A fourteen and nine-year-old brother and sister combo are making as much as $32,000 a month from cryptocurrency, and here's how. 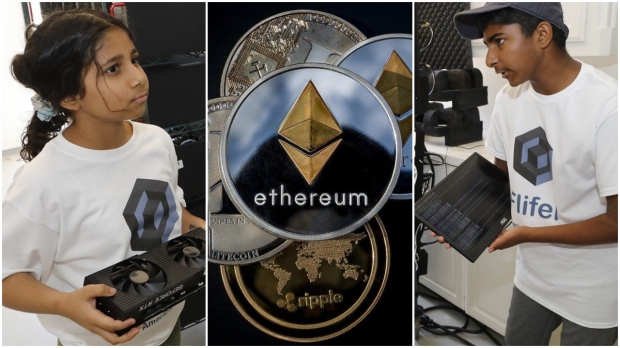 According to a report from the Dallas Morning News, Ishaan Thakur, aged 14, and his sister Aanya, aged 9, began their journey's into the world of cryptocurrency after hearing their father discuss cryptocurrencies and their rise in value. Ishaan and Aanya started mining Ethereum on an old gaming laptop and reportedly was making $1,000 a month. With their profits, the brother and sister decided to invest in additional equipment to increase their profits.

According to the report from Dallas Morning News, with the help of their father, Ishaan and Aanya are now running an Ethereum mine that has 94 processors mining, with NVIDIA's RTX 3090 being the main graphics card being used. Originally, the crypto mine was inside of the Thakur's garage, but now that profits have increased, the family has decided to move the mine to an air-conditioned data center in downtown Dallas, Texas.

As for energy bills, reports indicate that the family is paying $2,500 a month on electricity between the air-conditioned data center and the garage, which also contains 30 graphics cards mining. For more information on this story, check out this link here.