NASA will be sending a new space probe to a distant moon that is believed to have water in search of ancient signs of life. 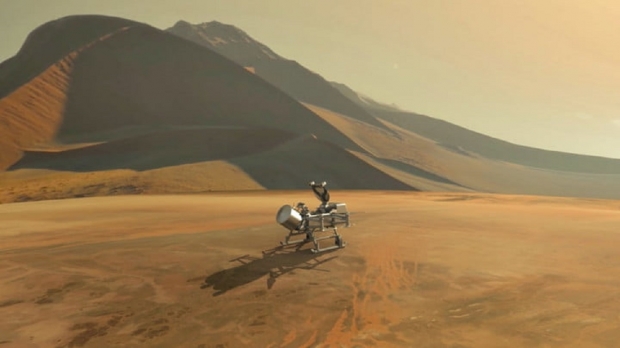 NASA plans to launch a rotorcraft named Dragonfly to Saturn's largest and the solar system's second-largest moon, Titan, in 2027. Researchers believe that Titan possibly has liquid water beneath its icy surface and that within that water could be chemical biosignatures that indicate life is/was present. Alex Hayes, associate professor of astronomy in the College of Arts and Sciences and a Dragonfly co-investigator, said, "Titan represents an explorer's utopia."

He continued, "The science questions we have for Titan are very broad because we don't know much about what is actually going on at the surface yet. For every question we answered during the Cassini mission's exploration of Titan from Saturn orbit, we gained 10 new ones." In addition to looking for signs of life, Dragonfly will also be inspecting the moon's methane cycle as well as the chemical make-up of Titan's strange atmosphere.