Diamonds are renowned as some of the hardest gems people can get their hands-on, but what if glass could be harder than a diamond? 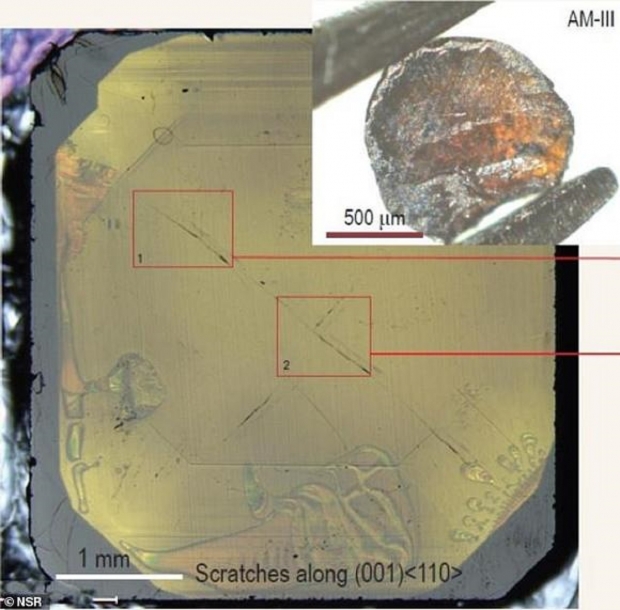 Researchers from Yanshan University have created that glass, and according to test results, the glass is actually twice as hard as a diamond. The team of Chinese researchers only recently published a study in the National Science Review that states the new material is made entirely out of carbon and is a yellow-colored glass called AM-III.

With the material, the team of researchers tested it with the Vickers hardness test, which scores diamonds between 50 and 70 gigapascals. As for the researcher's material, the yellow-tinted glass scored 113 gigapascals, making its strength "comparable in strength to diamond and superior to the other known strongest materials", noted led author Professor Tian Yongjun of Yanshan University in the study.

The researchers say that the new material could be used for bullet-proof windows or to develop stronger solar cells that would be 20 to 100 percent stronger than models that are currently being used. For more information on this story, check out this link here.