Nintendo just reported its Q1 earnings for FY22 and total software is down by 17.7% compared to record-breaking pandemic surges, but overall Switch game sales are still growing. 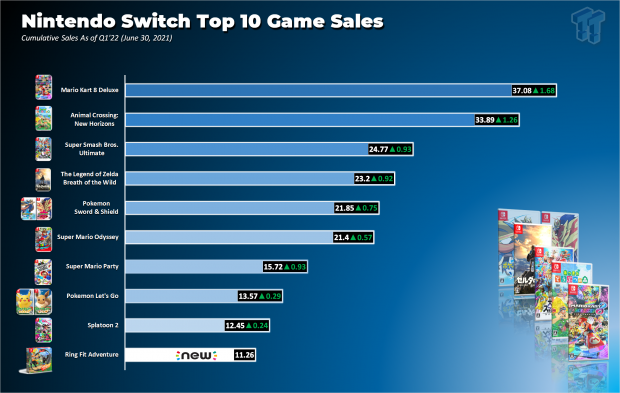 One interesting thing to note is that Mario Kart 8 Deluxe sold over 1.6 million copies through Q1, and Animal Crossing is still moving over 1 million units per quarter despite having become the fastest-selling Switch game on the market.