Astronomers have accidentally found an exoplanet that has more water than Earth, and its star can be seen with the naked eye. 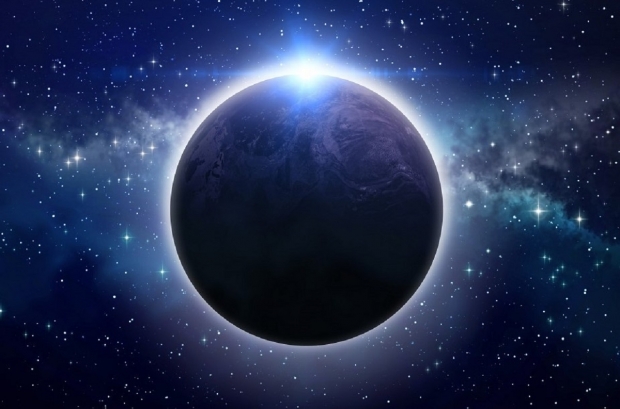 A Sun-like star located just 50 light-years away, which is quite small when you are speaking on distances most commonly used in space, has been accidentally found to have an exoplanet that is believed to house more water than Earth. The exoplanet is named Nu2 Lupi d and was accidentally located when astronomers were using the European Space Agency's Cheops satellite to observe a star.

The researchers objective was to observe planets b and c around the star and stumbled across evidence of planet d. The astronomers were using the transit photometry method of identifying planets, which is when astronomers observe the brightness of the local star and record any dips in brightness. These dips represent an object passing in between the telescope and the star, and in this case, it was a mystery planet.

Planet d has a radius 2.5 timers larger than Earth's and orbits its star once every 107 days. Additionally, the planet has around 8.8 times more mass than Earth and is believed to have more water than Earth in the form of high-pressure ice or hot water vapor. Enric Palle, a co-author of the research and a researcher at the Instituto de Astrofisica de Canarias (IAC) astrophysics center in Spain, said that none of the planets would be habitable, but "their diversity makes the system very exciting and a great future perspective to show how these bodies formed and how they have changed with time."

Mahmoudreza Oshagh, another co-author and IAC researcher, said: "Combined with its bright parent star, its long orbital period and its ideal situation for follow-up, this means that planet d is very exciting: it is an exceptional object, with no known equivalent, and it will certainly be a fundamental object for future studies."

To read more about this discovery, check out this link here.