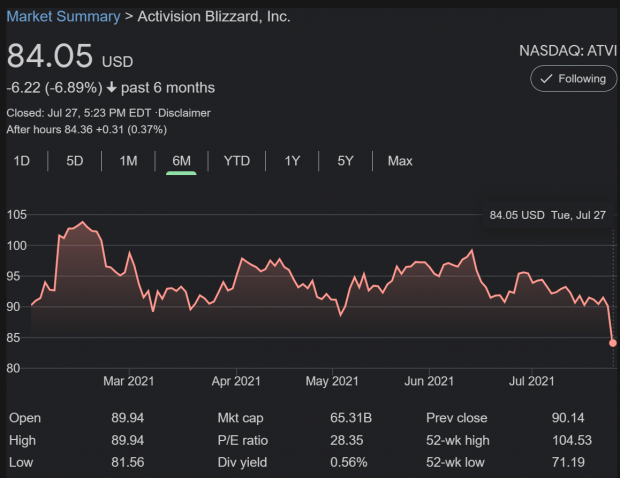 Activision-Blizzard shares dropped over 8% today as developers prepare to strike in protest against the company's abuse allegations. The games giant, who generated $8.3 billion last year, is facing a scathing lawsuit that alleges multiple instances of harassment, abuse, and discrimination of female employees.

Company executives have since responded internally to the claims, which over 2,000 employees called "insulting and abhorrent" in a recent petition.

The controversy has significantly disrupted the company. Development on World of Warcraft, one of the publisher's most lucrative games, has stalled completely.

Now workers are banding together and plan to go on strike at Blizzard's Irvine-based headquarters, Bloomberg reports.

Activision-Blizzard has yet to make a public and formal statement on the lawsuit.