Dell's brand new Aurora R10 and R12 desktop gaming PCs can't be sold to 59 million+ Americans... the reason? New power regulations in multiple US states prohibits the sale of these PCs -- meaning Dell can't ship them to you. 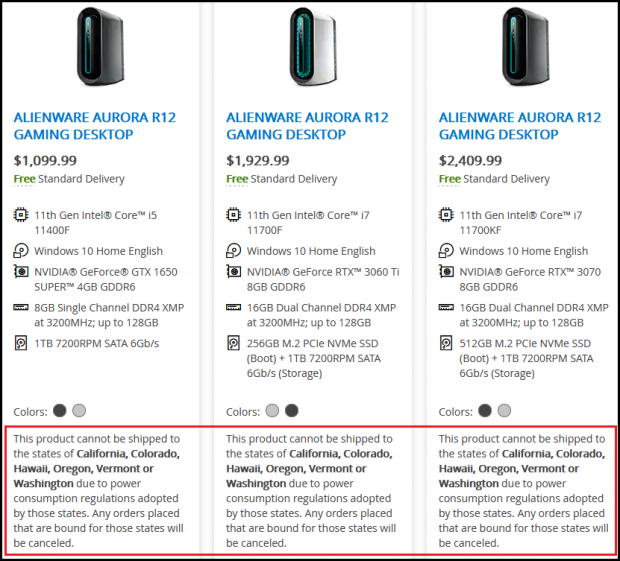 The reason why Dell can't ship these new Alienware Aurora R10/R12 desktop PCs is "due to power consumption regulations". California's new Energy Consumption Tier 2 began on July 1, 2021 and is much tighter on power regulations... almost too strong.

This means you can't buy a new Alienware Aurora R10/R12 desktop PC if you're in California, Colorado, Hawaii, Oregon, Vermont, or Washington. Across those US states, are 59 million+ Americans that are barred from gaming on a new high-end Alienware PC.

Dell explained to The Register: "Yes, this was driven by the California Energy Commission (CEC) Tier 2 implementation that defined a mandatory energy efficiency standard for PCs - including desktops, AIOs and mobile gaming systems. This was put into effect on July 1, 2021. Select configurations of the Alienware Aurora R10 and R12 were the only impacted systems across Dell and Alienware". 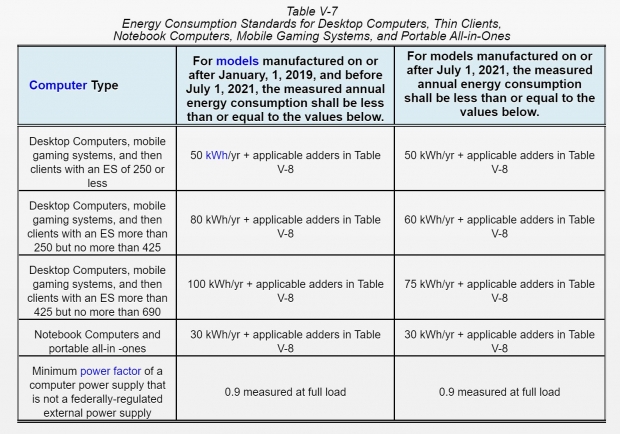 "This product cannot be shipped to the states of California, Colorado, Hawaii, Oregon, Vermont or Washington due to power consumption regulations adopted by those states. Any orders placed that are bound for those states will be canceled".

It is pretty insane, as it goes right down into maximum power use per year... with "adders" -- which is keeping an all-seeing eye on that GPU of yours. It takes into consideration small things like memory bandwidth, the type of storage you're using, and more.

So if you've got a discrete GPU that has 256GB/sec of memory bandwidth then your energy consumption is going to increase by 39.63 kWh/yr. Big Brother is all over that, and now Dell can't ship their brand new Alienware gaming PCs to a gigantic chunk of Americans.