If you haven't already seen it, there is a video of a creature walking across the Cass River in Michigan. That video went viral across all social media as people believed it was Bigfoot caught on film.

Now, the Rocky Mountain Sasquatch Organization, who are expert Bigfoot hunters, have analyzed the video and given their thoughts on its authenticity. The video is only four seconds long and shows a large human-like creature wadding through the river and seemingly holding something in its arms. Many people have claimed that the creature is actually Bigfoot. However, the experts don't seem very convinced.

According to the expert in the video above, there are many explanations for the creature. Examples include; a hunter wearing fishing gear carrying a dog, a person with a mosquito net or face covering, or a person wearing hip waders. However, the Rocky Mountain Sasquatch Organization voiceover says, "There's a side profile screenshot that plainly shows the nose exposed to the air and it's the same colour as the rest of it."

Adding, "It may very well be a person. I hear people saying it's someone in hip waders, I've never seen hip waders that go up over your head, I don't know, maybe stretch them up over his face and head, and I don't know how his big old schnozz is still sticking out there on the side."

In conclusion, the experts were unable to verify the video shows Bigfoot, "I don't know what it is, there are a lot more questions than answers." 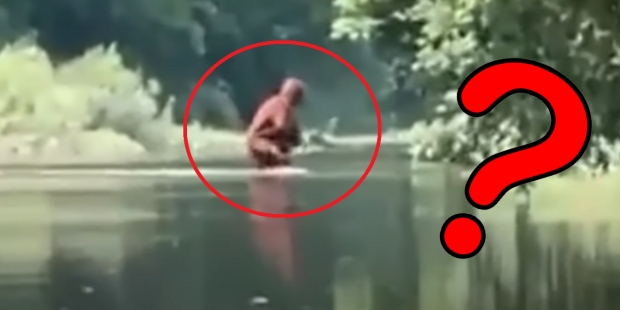 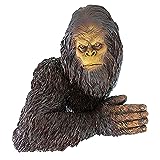