NASA has announced that a relatively large asteroid will be making a "close" fly-by with Earth over the weekend. 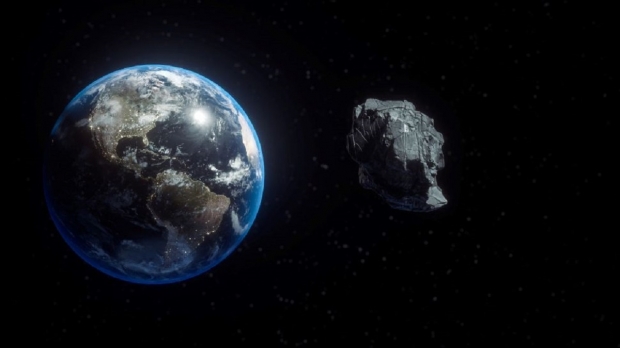 NASA has said that the asteroid is around the same size as the Great Pyramid of Giza tall and that it will pass by Earth safely on Sunday. NASA named the asteroid 2008 GO20, and it will fly 2.8 million miles from Earth at the speed of 18,000 mph. Reports are indicating that the asteroid could be anywhere between 318 and 720 feet in diameter.

For reference, the Great Pyramid of Giza is 450 feet tall, and if a space object that is larger than 490 feet in diameter comes within 4.6 million miles of Earth, it's labeled as a potentially hazardous asteroid (PHA). As LiveScience reports, NASA's Center for Near-Earth Object Studies monitors all known PHAs and to put the distance of how far away 4.6 million miles, its 19.6 times the distance between Earth and the moon. If you are interested in reading more about this story, check out this link here.