It's happening. Dead Space is coming back as a full remake for next-gen console and PC hardware.

Today EA confirmed Dead Space is getting reborn with an ambitious new reboot. The remake has been built from the ground up in DICE's new next-gen Frostbite engine, so expect incredible 4K visuals, high frame rates, impressive lighting and shadow effects, and dramatically improved physics. EA Motive, the team behind Battle

The Dead Space franchise made a huge impact on the survival horror genre when it was released 12 years ago, and I came to Motive as a fan first to specifically work on this game," said Phillippe Ducharme, Senior Producer of Dead Space. "We have a passionate team at Motive who are approaching this remake as a love letter to the franchise. Going back to the original and having the opportunity to do so on next-gen consoles excited everyone on the team. As we look to modernize the game, we've reached out to dedicated fans and invited them to provide us with feedback since the early stages of production to deliver the Dead Space game they want and for new players to enjoy as well."

"Fans will experience an improved story, characters, gameplay mechanics and more as they fight to survive a living nightmare aboard the desolate mining starship, the USG Ishimura, all while uncovering the dreadful mystery of what happened to the slaughtered crew and ship," reads a press release. 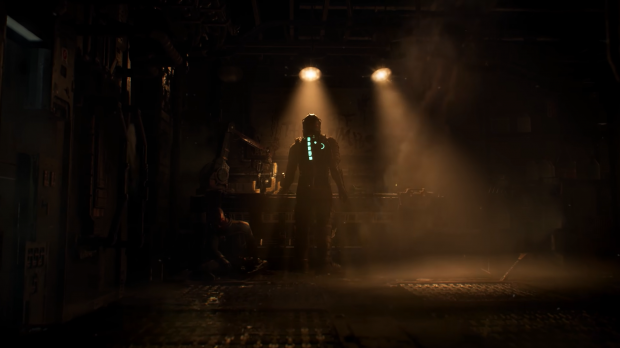