NASA has announced that the United States' "window to the universe" is back online and operational after being offline for more than a month.

NASA has announced the news with a new video posted to its NASA Goddard YouTube channel and also a tweet on the Hubble Space Telescope Twitter account. The tweet from NASA states that the Hubble team has successfully been able to turn on the backup hardware on the telescope after failing to fix the problem with the payload computer.

Now, Hubble is back online after the team successfully switched the telescope over to its backup hardware, and to celebrate life being breathed back into the 32-year-old telescope, NASA has released a new image. The image shows a large spiral galaxy that has elongated spiral arms that are described as "unusual" as "disk galaxies have an even number of spiral arms, this one has three", explains NASA.

NASA administrator Bill Nelson has congratulated the Hubble team on bringing the telescope back online for its 32nd year of having its eye on the universe. "I'm thrilled to see that Hubble has its eye back on the universe, once again capturing the kind of images that have intrigued and inspired us for decades. This is a moment to celebrate the success of a team truly dedicated to the mission. Through their efforts, Hubble will continue its 32nd year of discovery, and we will continue to learn from the observatory's transformational vision", said Nelson. 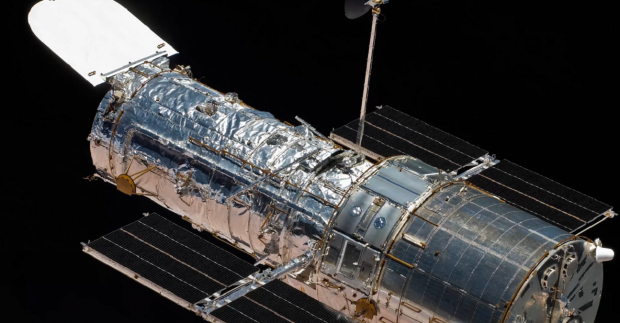