Over the weekend, Musk spent some time replying to many tweets from his followers, some regarding the Tesla FSD Beta that was just released and others simple memes that are relevant to the time. One of those memes included Musk and Bezos poorly edited onto a scene of Anakin and Padme in Star Wars.

The meme is referencing that Bezos' Blue Origin New Shepard rocket will take him to 100 km altitude (62.1371 miles), which is orbital, and not suborbital, which starts when a vehicle reaches altitudes of higher than 100 km and something that SpaceX has achieved multiple times with cargo trips to the International Space Station (ISS). Musk replied to the meme with a simple "haha", and then commented on another tweet that showed an image of Bezos and Musk at a dinner back in 2008. 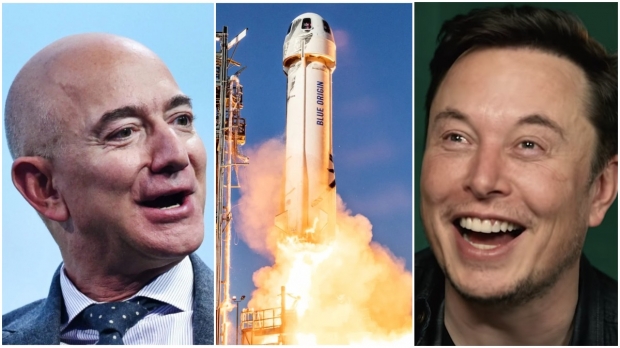