The universe is constantly expanding, and at the moment, researchers believe that the observable universe has stretched 46 billion light-years from its beginning 13.8 billion years ago. 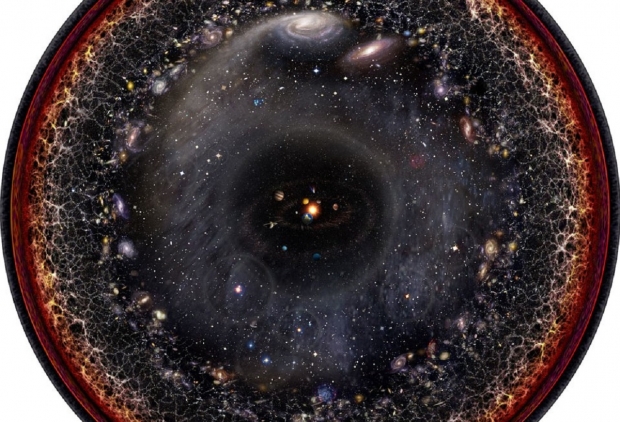 By measuring the cosmic microwave background radiation, researchers are able to quantify how fast the universe is expanding and thus its size, which are both key factors in figuring out how many atoms are in the observable universe. According to Space.com, there are a few assumptions to be made before the calculation can be made; all atoms are contained within stars (they aren't, but the majority of them are), and all of the atoms in the universe are hydrogen atoms (they aren't, but hydrogen atoms account for 90% of the total atoms in the universe).

It should be noted that the above number is not exact and is a rough approximation that contains assumptions to simplify the equation. For a more in-depth explanation for how this number arrived, check out this link here.

The Space Between Worlds