NASA Perseverance rover is scouting the plains of Mars, and every day the rover uncovers more vital information about the past life of the Red Planet.

In a new post on the Perseverance Mars Rover Twitter account, NASA has shown off Perseverance inspecting an "ancient lakebed". The rover's Twitter account is orientated in a way that makes the rover look like it's the one doing the posting, hence the caption, "Check out this patch of rock I found: looks kind of like garden pavers, and is probably exposed bedrock."

NASA goes on to say that Perseverance gathering vital data in the Jezero Crater, where it landed back on February 18, will allow for scientists to have a better idea of what the Jezero Crater, and Mars, was like millions of years ago. The primary mission for Perseverance is to search for evidence of past life of the baron Red Planet, hence the landing in the Jezero Crater as researchers believe that "the area was once flooded with water and was home to an ancient river delta," per NASA. 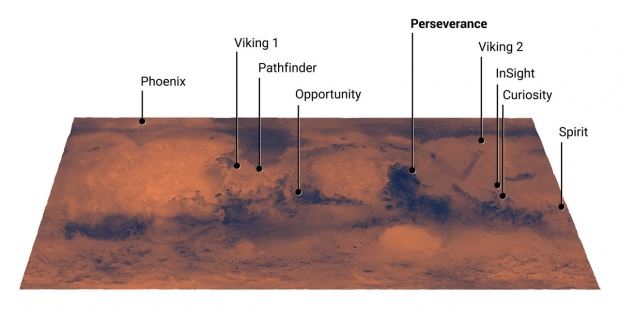