In their video, Anonymous takes a few swings -- starting with China and the CCP squeezing Bitcoin, miners, crypto owners, and everyone in between. The CCP is planning to launch its own cryptocurrency, the digital Yuan, and once this is done there will be no other currencies accepted within its borders.

You can read all about Anon Inu here.

Anonymous says this is why the price of Bitcoin has been so volatile, but the hacking collective also went for a few swipes at billionaire and SpaceX and Tesla founder: Elon Musk. The self-proclaimed Dogefather, where Anonymous says they're going to use Anon Inu to fight Musk in the "meme war" while it fights China in the "crypto war".

Here's what Anonymous had to say in full:

China was such an attractive location for miners because energy was so cheap, especially in remote locations that were close to hydroelectric dams. Up until recently, China has been happy to allow Bitcoin miners in the country, but the CCP government is now planning on launching its own currency, the digital Yuan, and they are no longer allowing any competing currencies within its borders.

This is why there was a huge drop in the Bitcoin price through the month of May, Bitcoin miners in China were being forced to move, which means that they had to sell a lot of their coins to cover expenses.

This sell-pressure created a downward movement in the markets that we are still working to climb back from. Even though this crackdown focused specifically on Bitcoin, the whole crypto market was negatively affected because every crypto asset still follows the trajectory of Bitcoin.

There is hope though, because this situation is only temporary.

The Bitcoin miners that were located in CHia have already begun moving to nearby Kazakhstan, and other parts of the world. As the prices have been low, institutional investors and whales have been buying the dip in the over-the-counter (OTC) market.

On OTC markets, rich people can buy cryptocurrencies without raising the prices. These are private sales that happen off of exchanges. However, this does take crypto out of circulation, which results in a massive price spike once the market factors in the additional scarcity.

Over the past few weeks, the markets have leveled out and are now moving sideways, which means that one day is up, another day is down, but overall, the price stays within a close range.

This is known as consolidation, which is typically a positive sign for the markets. Many crypto experts are predicting that things will start to pick back up by the end of July for a huge rally in August.

Hopefully, this is true, but either way, the crypto markets will return at some point.

No market can go up in a straight line forever. No matter how strong the asset is, there will always be times of downtrend and consolidation, especially with a new asset class that is still facing regulatory challenges in multiple jurisdictions.

We believe that crypto is just getting started, so we have released the Anon Inu token a new DeFi community token with various built-in utilities.

In addition to fighting Elon Musk in the meme war, the token will also be fighting China in the crypto war.

Anon Inu token holders will regularly be airdropped free tokens, NFTs and other prizes. The team will also be donating a portion of their earnings to animal shelters that helps dogs. Token holders will also receive a free Anon Inu profile pic NFT.

More details on the NFT drop will be coming in the following weeks as we complete the rest of our road map. Always be careful to make sure that you are using our verified tokens and products, there are many imitators in the world of crypto, especially with a banner like Anonymous that anyone can join.

The Godtoken is an example of this, and more imitators will likely try to capitalise on the Anon name, but Anon Inu is the only one you can trust. 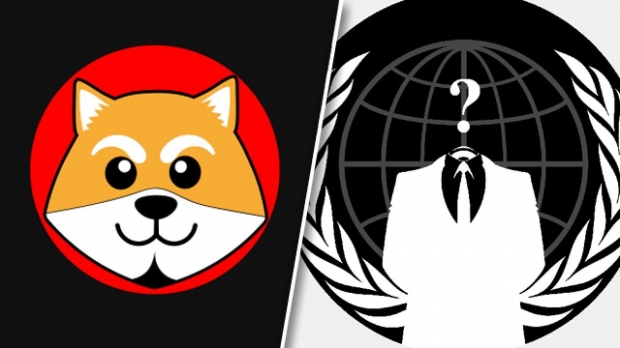