During the filming of a stunt for Discovery's Shark Week, a Jackass star has had a bad encounter with a shark after suffering a bite.

The Jackass group is known for pushing the limits of what is considered a "dangerous stunt", and the last stunt is a testament to that as Jackass star Sean "Poopsie" McInerney risked it all by attempting to jump over a shark in shark-infested waters. Using what seems to be a wakeboard, Poopsie was pulled along by a jetski towards a floating ramp. After hitting the ramp, Poopsie lost control and splashed down into the waters, where he was later bitten on the hand by a shark.

Luckily, McInerney safely made it back to the boat with the assistance of safety divers, where he was met with immediate medical assistance and transported back to shore. Jackass star Steveo showed signs of relief learning that McInerney didn't lose any fingers and that it was only one bite, saying, "This was only one bite in one spot? And he's not missing anything?".

Fellow Jackass star Chris Pontius said, "It's a reminder that yeah, like, we are pushing it pretty hard. And this could happen, of course. It's either, like, everything's okay or this happens. And hopefully it's always everything's okay, everything's okay. But then... you know, this time it's not okay."

McInerney will recover from the injury and said that "I knew there was a chance I was gonna get bit by a shark, but I didn't think it was gonna happen." Adding, "No, I don't blame the sharks at all. I mean, I was in their living room, and it was dinner time." 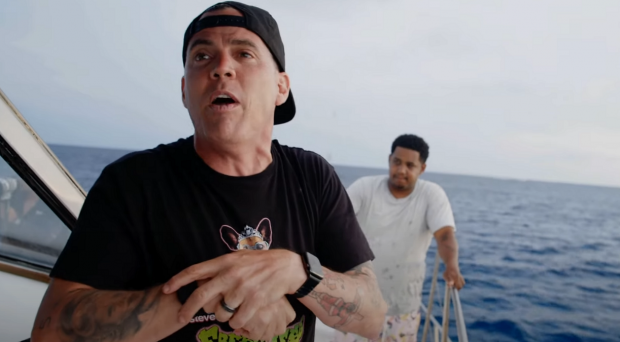