At this year's Witchercon, Superman and Witcher star Henry Cavill reveals some insights on how he portrayed Geralt of Rivia in the Netflix series. 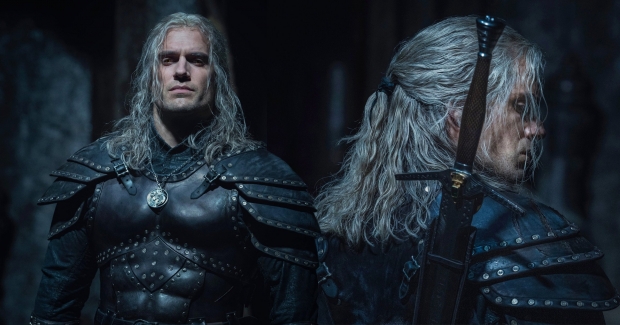 Geralt now his three different personas: the introspective Geralt in books, the massive wall of muscle in the TV show, and the lithe, sly bantering swordsman in the games. There's a lot of source material to work from, and Henry Cavill talks about how he wants to make his Geralt both authentic and unique.

For Cavill, Geralt is a deadly survivalist with a bent towards philosophy and rationality--in other words he's not just a "white-haired brute."

"For me, the most important thing of the season was to bring Geralt as close to the books as the vision would allow. I wanted him to be more verbose, more of an intellectual, more representative of a man who's lived 70 years and has a philosophical leaning," Cavill said at the end panel of the Witchercon.

"He can be mopey at times, but he's wise, he's been around, and he's a nice guy despite the fact that he has moments of unpleasantness and is very capable of doing extraordinary violence.

"His intentions are--and that's the tragedy of the character--pure. I wanted to really reflect that as much as possible. It's very easy to fall down the line of him being the grumpy snowman and there's a comedy aspect to that, but I wanted to lean away from that."

Instead of being boisterous, Cavill reflected Geralt's even temperment and borrows from an old proverb; A man of knowledge restrains his words, and a man of understanding maintains a calm spirit.

"I played the season one this way deliberately, which was him out in the wilds and without the option to vast swaths of dialog. I wanted to be the man who says less because that means he's thinking more. That was the intention with that."

Once Geralt is in his comfort zone he can let a little loose and show his true self--a man who's learned a lot about the world and people around him, a man who understands the natural order and his place in it.

"Once you get into a scenario with Cirilla and The Witchers and his home space, and with those people he already knows, then it was of my opinion that you had to let him be verbose, to be philosophical and to speak more--because that's what he is.

All of these things are shown most in The Witcher 3: Wild Hunt game where players can experience one-on-one dialog with Geralt and other people. We see many shades of the witcher as he fights and aids the people around him. The books are also an excellent look inside of Geralt's mind and spirit, portraying him in a way that makes readers kind of meld with the character.

It helps tremendously that Cavill is a huge fan of The Witcher franchise and has a deep passion for the characters, lore, and overall setting.

It'll be interesting to see how Cavill helps Geralt evolve and grow in The Witcher season 2 when it premieres on December 17.