A man has purchased a mummified human skull from a yard sale for just over $100, and now he's getting offers for $2,500. 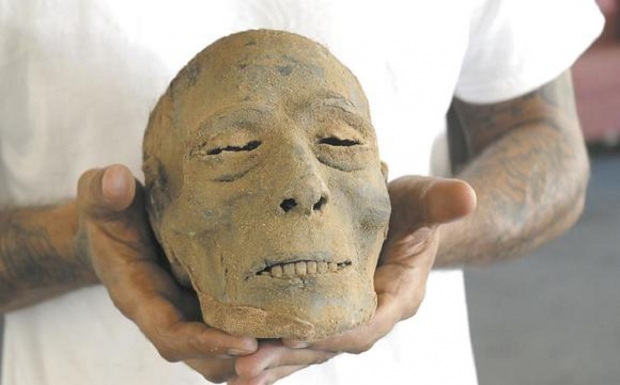 High Point man Trevor Hines was at a yard sale around three months ago when he came across a very peculiar item. It appeared to be a mummified human skull, and according to Hines, the family was already spooked out by the skull and was looking to get rid of it. Hines purchased the skull and two other items for just over $100 and has already received offers for $2,500.

However, Hines says that the skull is "priceless", and that "I want to get him back home because I think that's the right thing to do - send him back to the motherland," which he believes is Egypt. Hines sent the skull to Duke University, where researchers performed CT scans on the head. The researchers told him that the skull was a real male at one time and that inside the teeth are tiny metal pins. "He deserves to go home. So he can have an eternal resting place and be at peace," said Hines.