There is a very large object that is moving outside of our solar system, but it will soon enter Saturn's orbit, according to astronomers. 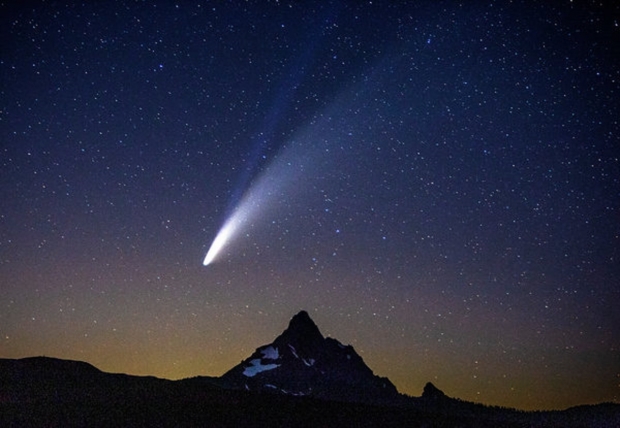 The very large object is a comet named 2014 UN271, and back in 2013, it was first officially discovered by the Dark Energy Survey, which is a collaborative project that has a goal of mapping galaxies and unlocking more knowledge into dark energy. The discovery by DES was just announced on June 13, and now astronomers are speculating that the rock could be as big as a small dwarf planet with an estimated diameter of anywhere around 80 to 229 miles.

Jonathan McDowell, an astronomer at the Harvard-Smithsonian Center for Astrophysics, questioned the assumption that 2014 UN271 is as big as a dwarf planet, saying, "Seems like maybe a tad too small to qualify as dwarf planet? Very cool nevertheless." Foxnews reports that the comet will enter our solar system within the next decade, coming close to Saturn's orbit. For more information on this story, check out this link here.