A team of paleontologists has discovered fossils of what they claim to be the largest mammal to have ever lived on Earth. 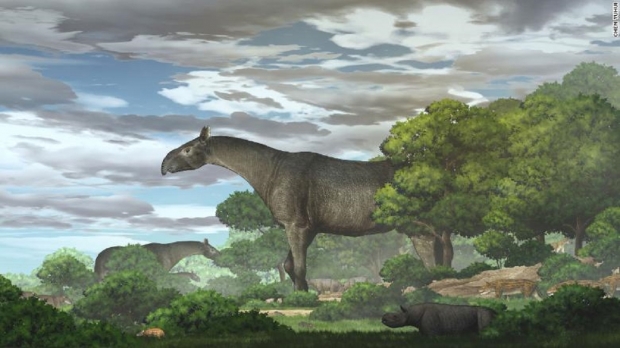 The discovery leads scientists to believe that the animal was actually a new breed of rhinoceros, but this one, in particular, was a giant rhinoceros dubbed Paraceratherium linxiaense (Linxia Giant Rhino). The skull of the Linxia Giant Rhino measured in at a whopping length of three feet, and if the rhino were alive today, it would be taller than 23 feet, weighing approximately 24 tons.

Using genetic analysis, the researchers were able to find out that the rhino would have lived around 31 million years ago in China, Mongolia, Kazakhstan, and Pakistan. Additionally, the researchers mention that the Linxia Giant Rhino is related to the rhinos that are living in Pakistan, and for the rhino to be discovered in Linxia, it would have had to cross the Tibetan plateau, leading researchers to believe the plateau was much lower in the past than it currently is. 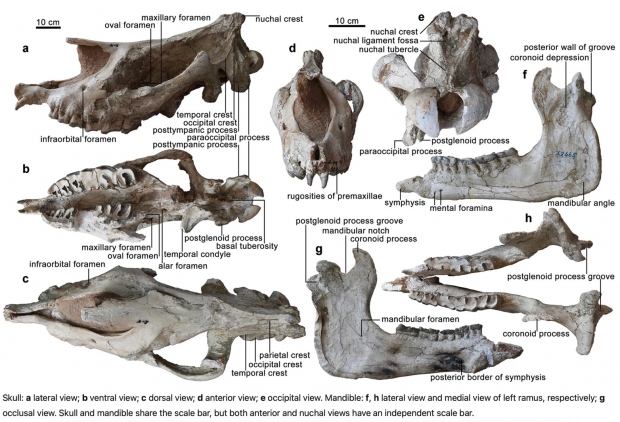 Deng Tao, led by a Chinese and US team, "Usually fossils come in pieces, but this one is complete, with a very complete skull and a very complete jaw, which is rare. The skull was more than a meter (three feet) long, and it was very rare for a skull of that size to be preserved. We also found the cervical spine."

Tao added, "This is the largest mammal ever to have lived on land".

Wildlife of the World