If you've been patiently waiting for STALKER 2 all of these years, then you will be ready to open your wallet for the various physical releases of STALKER 2: Heart of Chernobyl.

STALKER 2 will be coming in four different physical editions, with the Standard Edition, Limited Edition, Collector's Edition, and Ultimate Edition all coming with various goodies, add ons, and even a lamp -- because GSC Game World must love lamp. 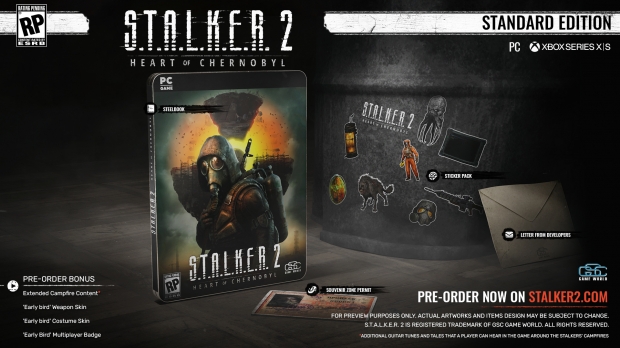 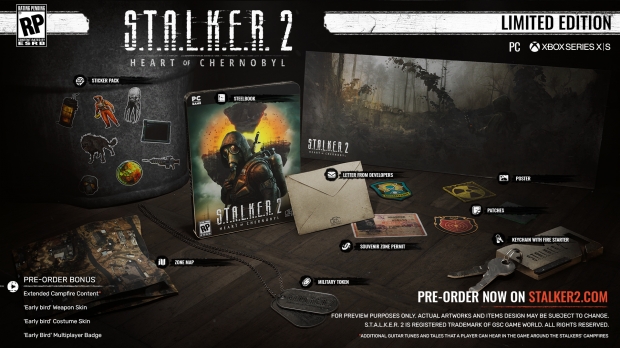 STALKER 2: Standard Edition will include a steel book, a letter from the developers, a Souvenir Zone Permit, and a sticker pack -- all for $60. Up from there, we have STALKER 2: Limited Edition which has everything the Standard Edition includes, but adds a Zone Map, a poster, faction patches, a military token, and a keychain (multi-tool with fire starter) which costs $80. 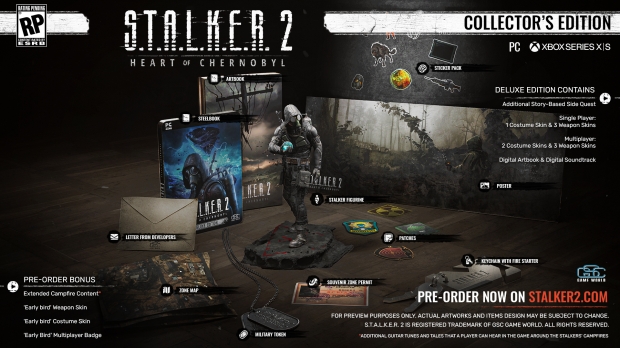 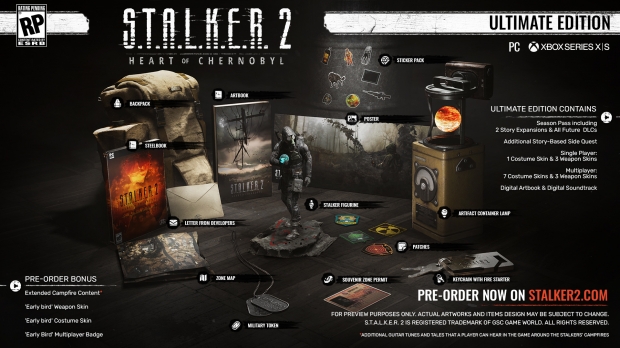 STALKER 2: Collector's Edition includes everything the Limited Edition physical release has, but for another $100 you're getting a STALKER 2 art book and a wicked STALKER figurine for a total cost of $180. But it's the insane STALKER 2: Ultimate Edition that has an even cooler Artifact Container Lamp and even a STALKER backpack for a total of $340. 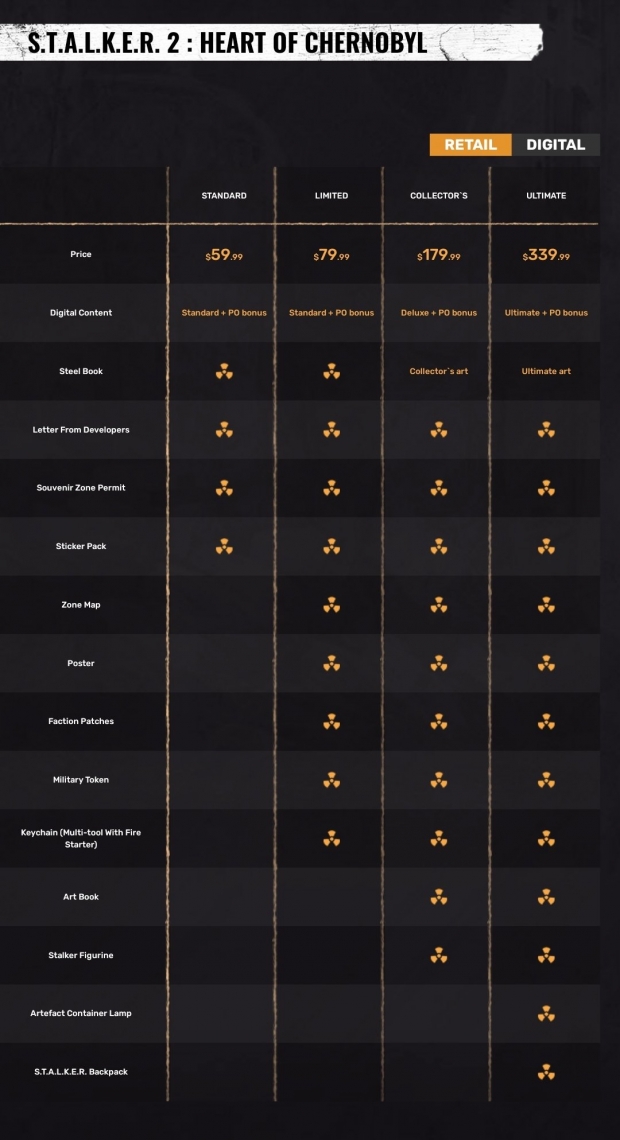 A great breakdown of the different versions of STALKER 2 in physical form. 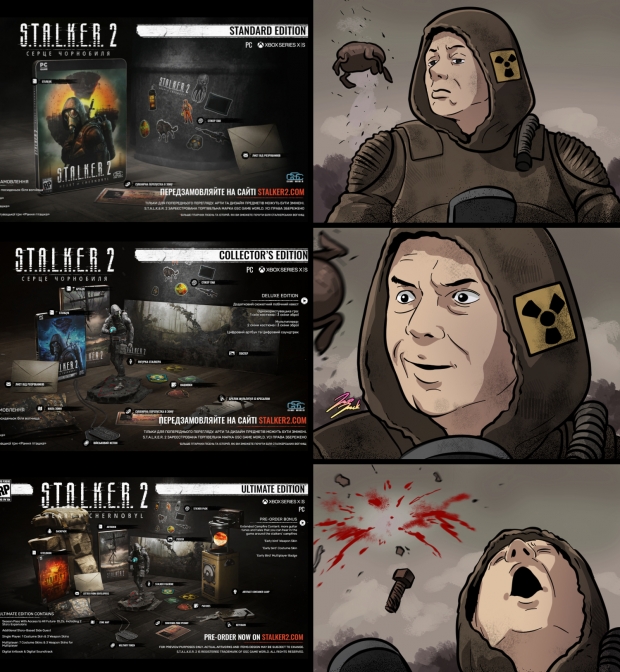 And a perfect meme to wrap it all up.