NASA has released an incredible image that shows the chaotic heart of our Milky Way galaxy with the supermassive black hole Sagittarius A* in the center.

Chandra used its captured the image with different bands of X-rays which appear as orange, green, purple, and then combined that with radio data. The image is actually comprised of 370 separate pointings of the telescope. If you are interested in reading more about this image or would like to look at similar images, check out this link here. 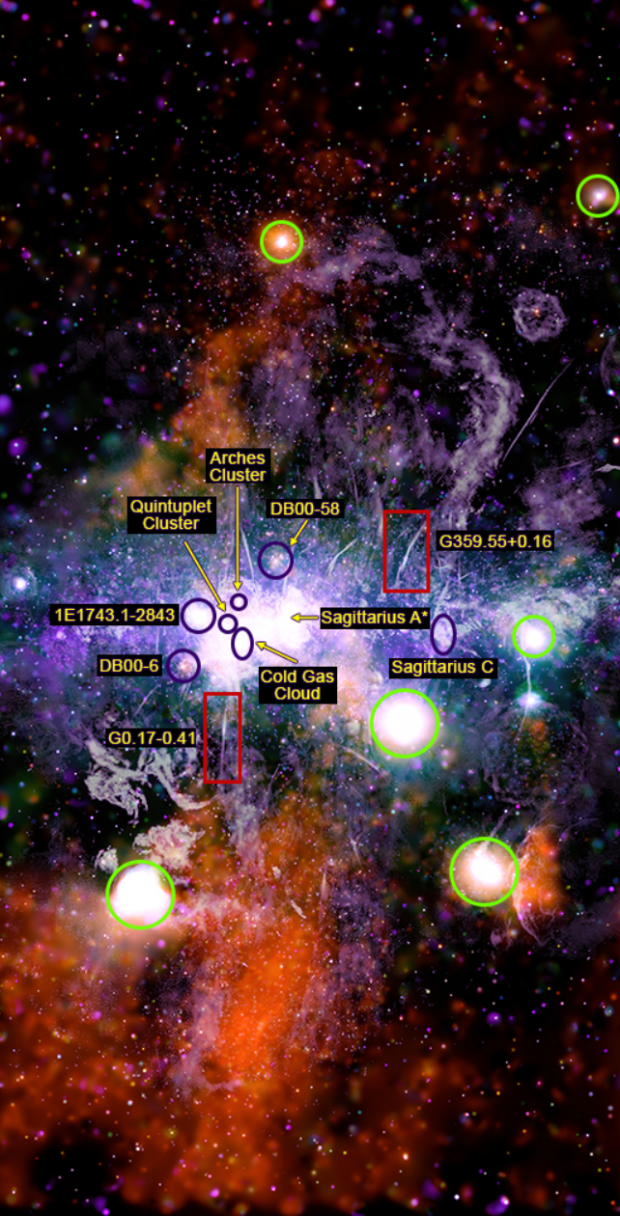 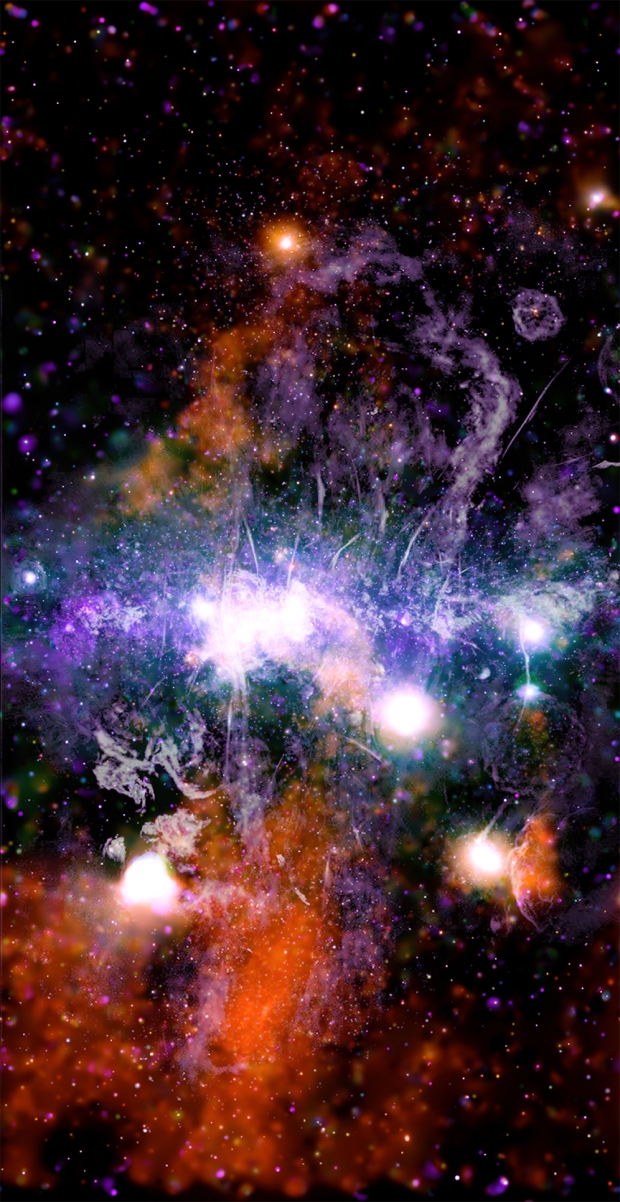