A new study has revealed that researchers have used artificial intelligence to create a map that allows them to predict the distribution of dark matter throughout the universe. 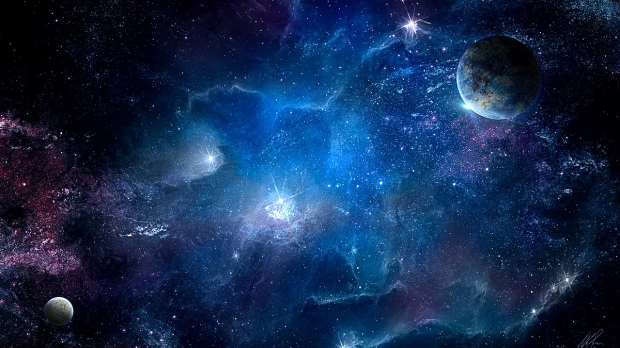 With this cosmic web, cosmologists and researchers will be able to see how dark matter impacts the motion of galaxies in the past, present, and future. Researchers in the new study used machine learning, a branch of artificial intelligence, to construct a new model. The AI was fed a large set of galaxy simulations that include galaxies, dark matter, visible matter, and gases.

Donghui Jeong, associate professor of astronomy and astrophysics at Penn State and a corresponding author of the study, said, "Ironically, it's easier to study the distribution of dark matter much further away because it reflects the very distant past, which is much less complex. Over time, as the large-scale structure of the universe has grown, the complexity of the universe has increased, so it is inherently harder to make measurements about dark matter locally."

"Having a local map of the cosmic web opens up a new chapter of cosmological study. We can study how the distribution of dark matter relates to other emission data, which will help us understand the nature of dark matter. And we can study these filamentary structures directly, these hidden bridges between galaxies." said Jeong.

Adding, "Because dark matter dominates the dynamics of the universe, it basically determines our fate. So we can ask a computer to evolve the map for billions of years to see what will happen in the local universe. And we can evolve the model back in time to understand the history of our cosmic neighborhood."