If you have never seen a black hole devour a star, you are in for a treat, as what you are about to witness is a violent but super interesting process called "spaghettification".

Back in April 2019, the Zwicky Transient Facility, which observes the skies for any cosmic-level events, found an event such as the one described above. The event was later named AT2019dsg, and in the above video, you will find an animation of what that event would have looked like. It turned out that AT2019dsg was unique in some ways, and if you would like to find out how and why check out this link here. 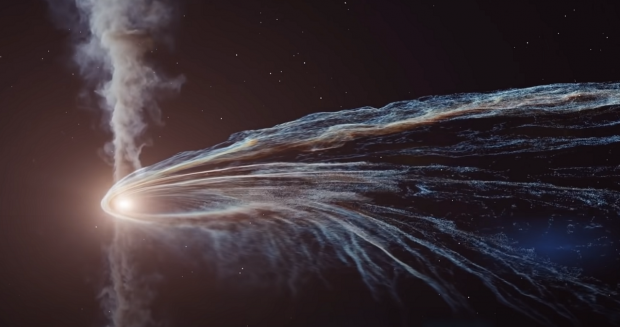