NASA has dropped a very cool video on its Perseverance Mars Rover Twitter page that shows a close-up of the surface of Mars.

NASA has taken to the personal Twitter page for Perseverance, the most recent rover to land on Mars. The Twitter account for Perseverance tweets from the first-person perspective, which is a neat and kind of comical personification that I believe NASA does to also include children in space exploration - not just adults.

According to the tweet, Perseverance blasted the rock with its laser and then used its robotic arm to get a nice close-up of it. A Twitter user asked Perseverance 'what's the scale of images', Perseverance replied by saying, "The main rock in the wider shot is around 20 in / 50 cm wide; the darker section I focused in on is about the size of a thumbprint." If you were wondering if the laser makes a cool sound when it blasted the rock, you can actually listen to it on the NASA website, check out this link here. 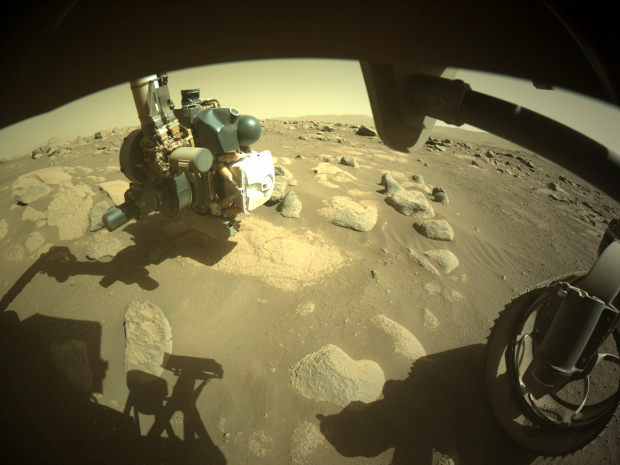