Twice within the last month, US military vessels have had to fire warning shots at Iranian war vessels for "unsafe and unprofessional" maneuvers. 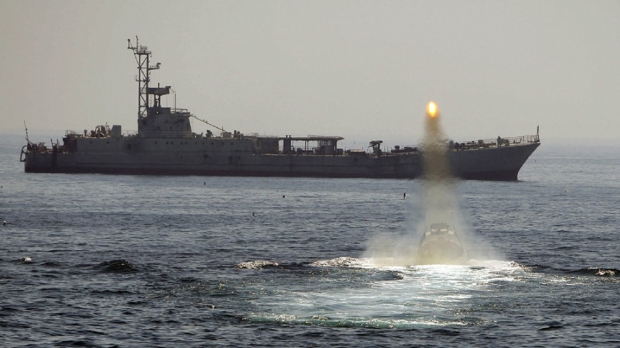 According to TheGuardian, a US coast guard ship had to fire thirty warning shots at thirteen Islamic Revolutionary Guard Corps (IRGCN) warships that were fast-approaching US navy vessels. According to John Kirby, a Pentagon spokesperson, the warning shots were fired at the Iranian ships after they came as close as 150 yards to US ships. Kirby said, "It's significant ... and they were acting very aggressively."

Kirby also stated, "After the second round of warning shots, the 13 fast attack craft from the IRGCN broke contact." As previously mentioned, this is the second time within a month that US ships have had to result in firing warning shots at approaching Iranian ships. In April, another US ship had to fire warning shots after three IRGCN vessels came close to an American patrol boat in the Gulf.

Kirby added, "It's unsafe, it's unprofessional. It's the kind of activity that can lead to somebody getting hurt, and can lead to a real miscalculation there in the region. That doesn't serve anybody's interests."