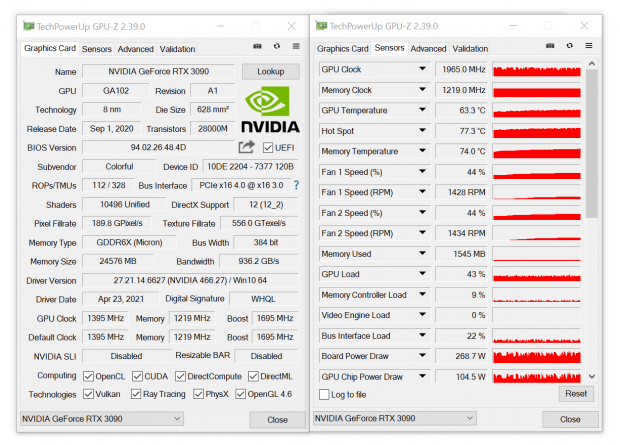 The new software also supports AMD's just-released highly-binned Navi 21 XTXH GPU, which is powering the range of new uber-high-end custom Radeon RX 6900 XT graphics cards. There's also the usual list of bug fixes as well, which I've got detailed and listed for you below in the GPU-Z 2.39 changelog.