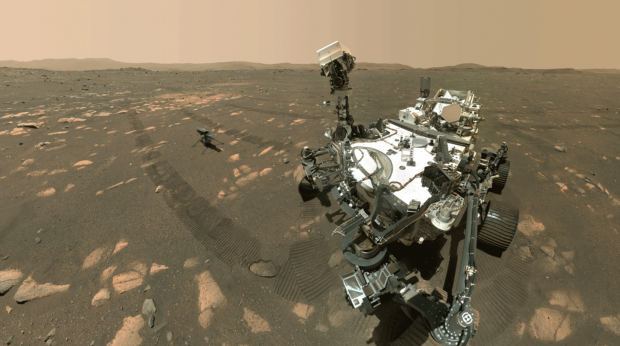 According to a new paper published in the Advances in Microbiology, researchers have suggested that images captured of the surface of Mars show signs of fungal life existing. Researchers put forward the argument that patches of fungi that look like lichen, as well as spherical objects that resemble puffball fungi that is found on Earth. Additionally, the researchers show images of what they claim is bacteria growth occurring on the Opportunity rover.

Here's some of what the researchers wrote, "Fungi thrive in radiation intense environments. Sequential photos document that fungus-like Martian specimens emerge from the soil and increase in size, including those resembling puffballs (Basidiomycota). After obliteration of spherical specimens by the rover wheels, new sphericals-some with stalks-appeared atop the crests of old tracks."

"Sequences document that thousands of black arctic "araneiforms" grow up to 300 meters in the Spring and disappear by Winter; a pattern repeated each Spring and which may represent massive colonies of black fungi, mould, lichens, algae, methanogens and sulfur reducing species. Black fungi-bacteria-like specimens also appeared atop the rovers. In a series of photographs over three days (Sols) white amorphous specimens within a crevice changed shape and location then disappeared."

It should be noted that some of the images the researchers are claiming as evidence for fungi life have been debunked by NASA. The "puffballs" mentioned by the researchers are what NASA has seen in many different places across Mars. NASA dubbed the puffballs as "blueberries," and they are believed to be caused by a mineral buildup within rocks and erosion. Another thing to note is that NASA hasn't officially claimed that what it has photographed on Mars is evidence for life. 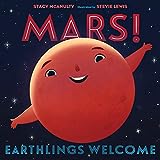