A long time ago, in a galaxy not so far away, Halo was a third-person shooter with a shaky reticle and some interesting weapons. Here's what classic iconic guns like the Halo CE magnum, sniper rifle, plasma rifle, shotgun and rocket launcher looked like in those old days.

Ex-Halo dev and series co-creator Marcus Lehto recently shared some prototype footage of Halo's early days. During that time, Halo was a third-person shooter--if it had stayed that way gaming would be very different today--and the weapons are familiar. Some, like the Pattern-2 Composite Sword, are not (yes, the UNSC originally game Master Chief a sword).

In the video, Lehto shows a bunch of these weapons in action. A lot of these weapons were obviously cut from the final game. Some of the guns were split up between Halos 1-3. There's the aforementioned sword, a flamethrower that made it into Halo CE on PC, and even highly-accurate assault rifle, an SMG from Halo 2. We may never get to play this build of Halo, but it's still an interesting little time capsule that captures the formative years of gaming's most influential shooter. 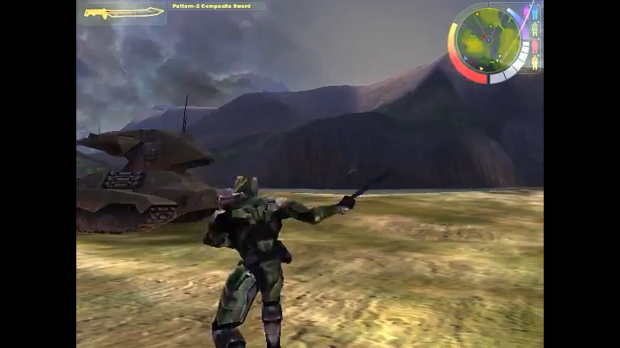