Microtransactions find their way into Doom Eternal a year after release, despite id's assurance no paid cosmetics would be in the game. 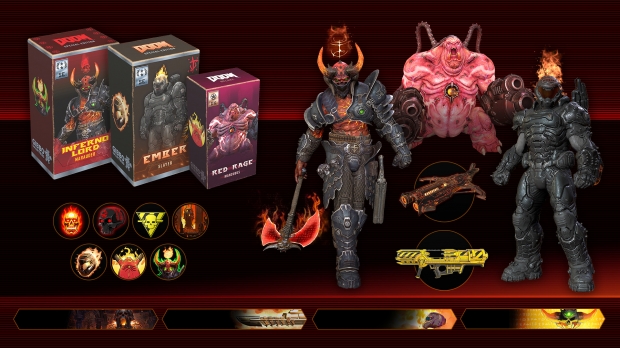 Shortly before Doom Eternal's release, game director Hugo Martin said there would be no store or paid skins. Now a year after launch, Bethesda has apparently changed its mind because Doom Eternal just got paid skin packs. There's two microtransaction packs available: the Doomicorn cosmetic pack for $4.99, and the Series One Pack for $8.99 that unlocks a ton of skins. 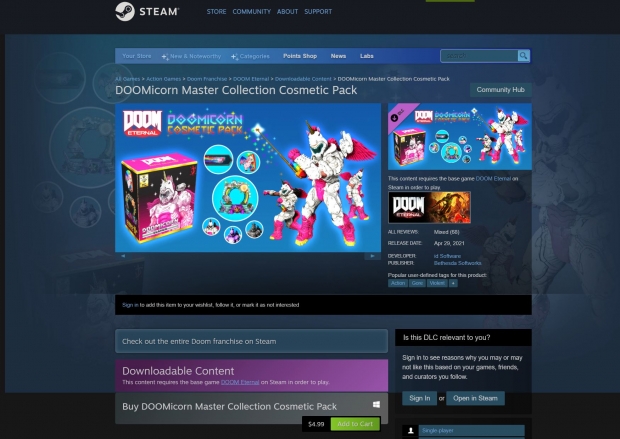 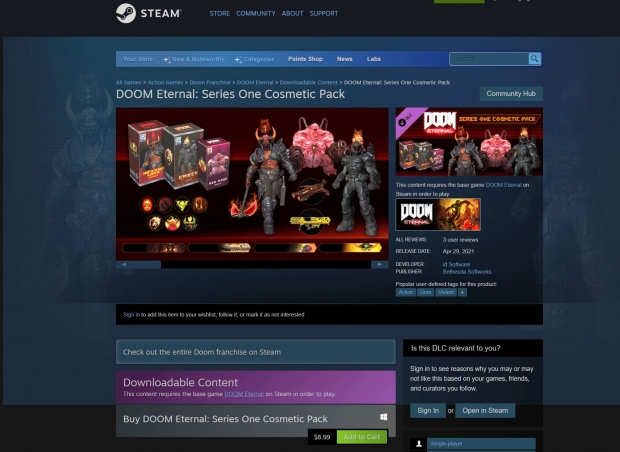 These skins, cosmetics, and customizables are unlocked by earning XP from challenges and secrets in the game itself. Before gamers had to spend time to unlock these items, but now they can pay money for a quick shortcut. The timing is quite interesting, especially now that Microsoft owns Bethesda Softworks. Microsoft is known for monetizing its games and baking in live service elements that line up with Game Pass.

Before Doom Eternal released I predicted the game could be monetized with in-game microtransactions. The game is already set up to be a long experience with lots of replayability, XP grinding, secret-collecting, and leveling up gear, and all of these mechanics are staples for engagement-driven games that sell shortcuts for real money.

"No store. Nothing you can unlock in Eternal with XP has anything to do with player abilities or content that would impact your game in any way. The only thing you can unlock with XP is cosmetics. These cosmetics have no impact on how you play, they just look cool," Hugo Martin said in 2020.

"Eternal is a $60 game, not a free-to-play game or a mobile game. We are giving you a complete experience with no store just like you'd expect. Unlocking skins with XP is a part of the experience if you care about that stuff, or you can completely ignore it and it will have no impact on your experience at all, and it's all free."