SpaceX recently successfully launched four astronauts aboard its Dragon spacecraft to the International Space Station (ISS), and while the mission was successful, it didn't go exactly as planned. 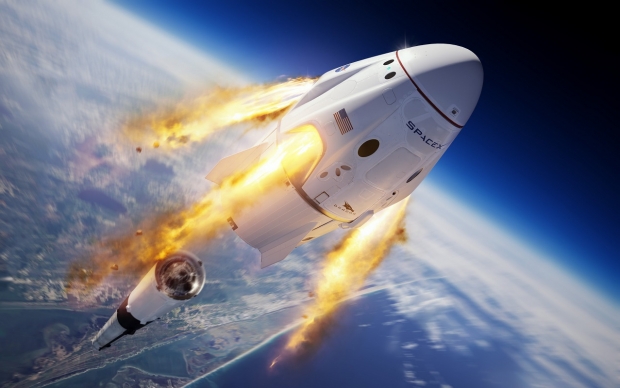 SpaceX's Dragon spacecraft was flying towards the ISS when the crew aboard encountered an unidentified object at around 13:30 EST that ended up coming as close as 28 miles from the craft. In contrast, 28 miles sounds like quite a distance back here on Earth, but in space, it's considered to be dangerously close. Thankfully, SpaceX's Dragon capsule safely passed the object on its way to dock with the ISS.

NASA spokesperson Kelly Humphries told Futurism, "The NASA/SpaceX team was informed of the possible conjunction by US Space Command. The object being tracked is classified as 'unknown.'" When the object was discovered, the crew aboard the spacecraft were ordered to put on their pressurized suits as it was believed that the object was on a collision course with the Dragon.

SpaceX's crew operations resource engineer Sara Gillis told the crew, "For awareness, we have identified late-breaking possible conjunction with a fairly close miss distance to Dragon. As such, we do need you to immediately proceed with suit donning, securing yourself in seats. We will be erring on the side of caution to get you guys in a better configuration. The time of closest approach for this event is at 13:43 EST".