Data from The Bureau of Labour Statistics has been used to create a new map that reveals the highest paying job in every state, excluding doctors. 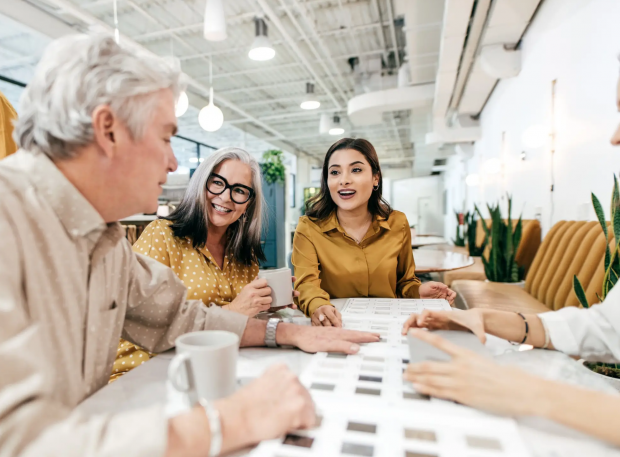 A new report from Business Insider has revealed that there are several other high-paying jobs in many states across the US that aren't doctors. The data has been gathered by the Bureau of Labour Statistics' Occupational Employment Statistics program and found that chief executives or CEO's are the highest paying occupation in 22 States as well as DC.

Other than doctors, it was also found that airline pilots, co-pilots, and flight engineers are the top-paying jobs in six states. in the entirety of this article, you are fine to the 14 different high-paying jobs across the United States, excluding doctors. This list is composed in alphabetical order and also the mean salary for each state and DC. If you were interested in reading more of the story, check out this link here. 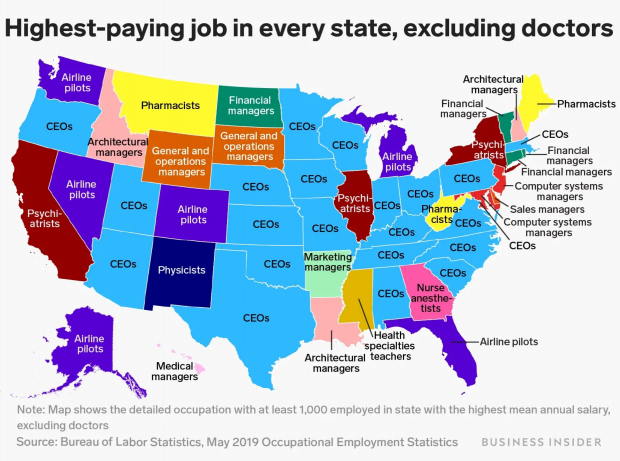