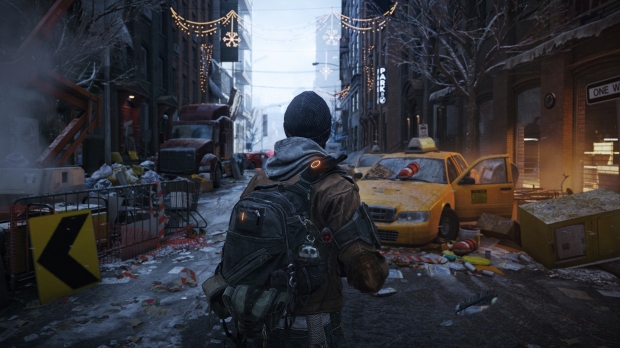 The new console generation is incredibly exciting for game developers, who have been had to strategically scale, compress, and dilute their games to fit on outdated tech. Now those shackles have been broken thanks to the PS5's and Xbox Series X's Zen 2 CPU, Navi GPU, 16GB of GDDR6 RAM, and PCIe 4.0 SSDs. Developers are happy they can start properly scaling their games closer to PC-level performance, and curious to see what the new consoles can handle.

Ubisoft is one of many publishers excited about new hardware. According to Ubisoft Massive technical associate producer Timothy Dansie, Ubisoft is currently updating its engines to flex the new console generation's SoC power. We've seen evidence of this with Watch Dogs Legion's native 4K gaming (and raytracing), as well as Assassin's Creed Valhalla's incredible in-game textures, frame rates, and performance.

"At Ubisoft, we're focusing on our two main game engines: Anvil Next, which you'll know from Assassin's Creed, Steep, and For Honor, and Snowdrop, where I'm working," Dansie said in a video slice on Twitter.

"Ubisoft is innovating our game engines to take full advantage of the next-gen consoles and new technologies available to us."

This bodes quite well for Massive's new projects built in the Snowdrop engine, which include the ambitious Avatar game, and a new Star Wars adventure game centered around immersion and relatable characters.

"We developed Snowdrop to empower our content creators and all the people developing games at Ubisoft. We made it flexible so it can make a variety of games. The fact that it was made for The Division 1 & 2 but was capable of making such disparate games as South Park, Mario + Rabbids, Starlink, Settlers, and Avatar.

"All developments of our engines across Ubisoft are shared so that we can take great cutting-edge technology developed in one studio and make that available to another studio using our engines."