Aliens: Fireteam is a co-op third-person shooter where you take on hordes of merciless xenomorphs across four interwoven story arcs. Gamers can make their own marine across five different classes (Gunner, Demolisher, Technician, Doc and Recon) complete with special class abilities, RPG-style perk unlocks and buffs, 30+ weapon types including the iconic pulse rifle and 70+ modifications to adjust your strategies, and other customizations. Cold Iron previously reported the game would be an MMO, but the new trailer suggests co-op sessions are locked to up to 4-player fireteams. 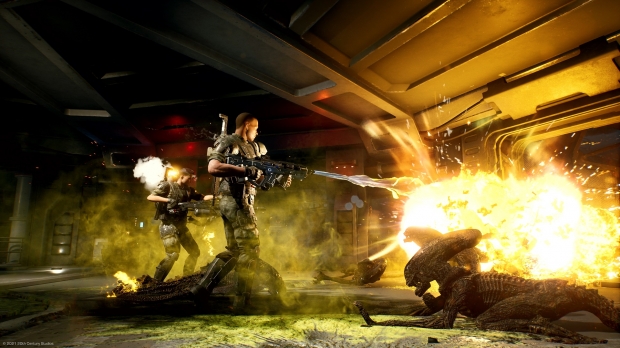 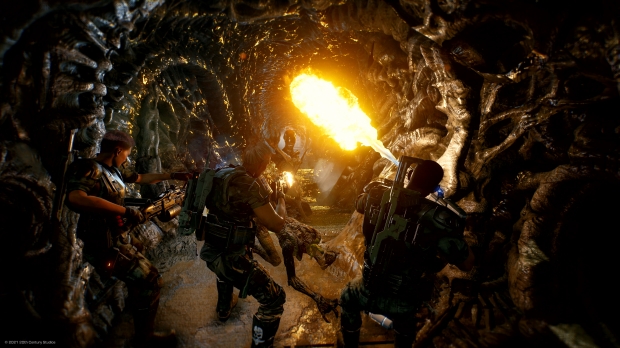 Combat looks enthralling and mirrors Gears of War's brutal third-person shooter action. The devs promise over 20 variations of enemies, including 10 different xenomorph breeds like facehuggers, Praetorians, spitters, warriors and bursters , the creepy Weyland-Yutani synths from Alien Isolation, and other surprises. This is a live game with a strong emphasis on replayability and will have lots of recurring missions and objectives alongside a mainline campaign.

The new Alien game takes place 35 years after the original trilogy in the year 2202, and takes place on LV-895, a remote planet overrun by xenomorphs, Weyland-Yutani secrets, and even ancient ruins (possibly hinting at a crossover with Predator).

While Alien Isolation was based on the original 1976 classic, Fireteam is focused on the chaotic action of 1986's Aliens film (hence the name, Aliens: Fireteam), and will deliver a campaign that expands the IP's lore. 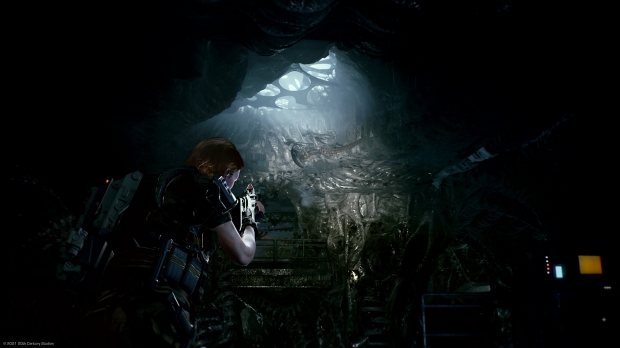 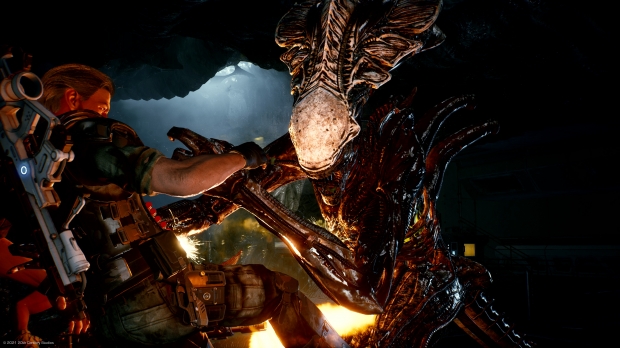 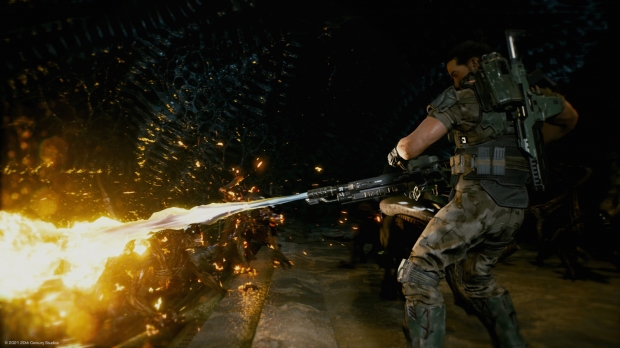 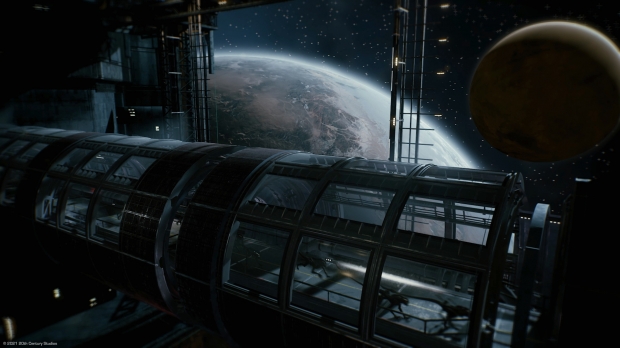 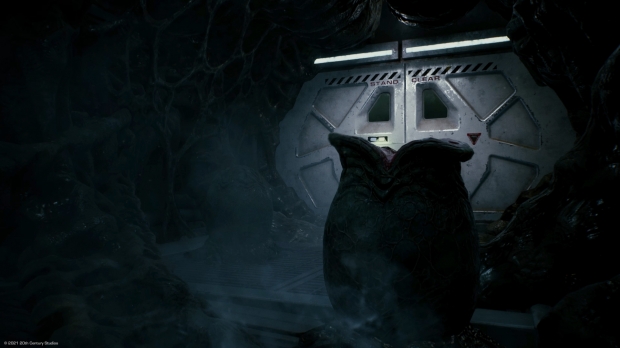 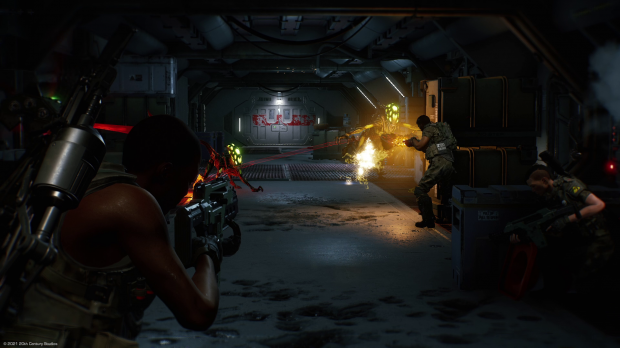 "We're thrilled to be working with the team at Cold Iron Studios on this new chapter in the Alien franchise," said Josh Valensi, Executive Producer, 20th Century Games.

"Aliens: Fireteam expands the story into new corners of the universe, as the Colonial Marines aboard the USS Endeavor desperately battle to survive a universe of sinister corporate secrets, ancient alien ruins, and deadly Xenomorph legions. Alien fans should prepare for a Xenomorph fight like no other."

"With Aliens: Fireteam, you and your friends will experience stepping into the boots of a squad of hardened Colonial Marines fighting in the ultimate battle for survival," said Craig Zinkievich, Head of Cold Iron Studios.

"This is the action game Aliens fans have been waiting for - hordes of different Xenomorphs swarming over ceilings and across walls, surrounding your team and striking from every angle. Work together, customize your character, utilize tons of weapons and gear and...well, you just might get your fireteam out alive."

Aliens: Fireteam is slated to release Summer 2021 for PS4, Xbox One, PC, PS5, and Xbox Series S/X consoles. Pricing has yet to be revealed. Check below for more info: 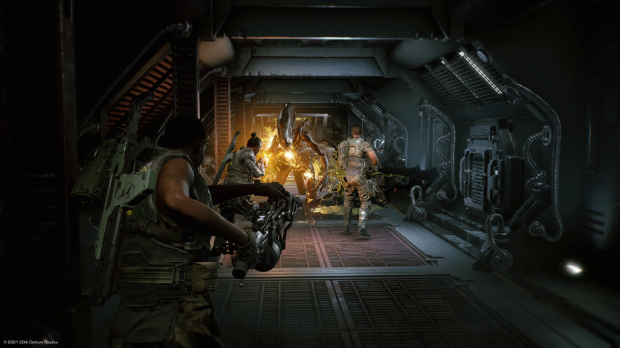 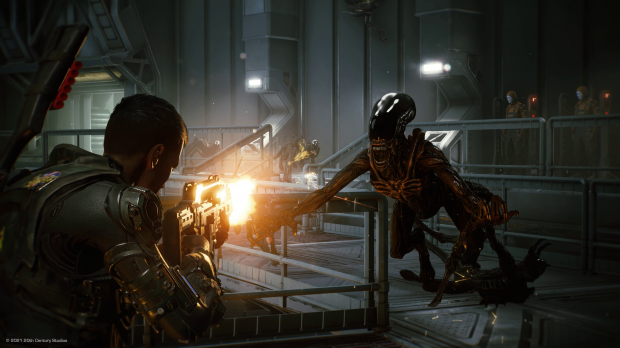 Facing over 20 intelligent enemy types - from Xenomorphs to Weyland-Yutani Synthetics - players must utilize cover tactics and master team strategy to eradicate extraterrestrial threats that swarm through doors and vents, scramble across walls and ceilings, and strike from darkness with uncanny ferocity. Five character classes, an expansive arsenal of customizable weapons and mods, character progression, and innovative advancement systems help even the odds in this heart-pounding shooter and place Aliens: Fireteam in another dimension of co-op survival shooters. The unique Challenge Card system also lets players mutate each mission, offering a new experience with every playthrough.