Metro Exodus fans will be delighted to hear that there is a new version of the game in the oven, with the freshly announced Metro Exodus PC Enhanced Edition.

The developed explains: "When Metro Exodus released two years ago, it was one of the first games to feature Ray Tracing (on high-end PC only) thanks to NVIDIA's new RTX series of graphics cards, although we still utilized many more traditional rendering techniques for console and older PC graphics cards. But with Xbox Series X|S and PlayStation 5 consoles offering Ray Tracing support, we took the decision to radically overhaul our proprietary 4A Engine and realise our ambitions for a fully Ray Traced experience on next gen consoles and high-end PC". 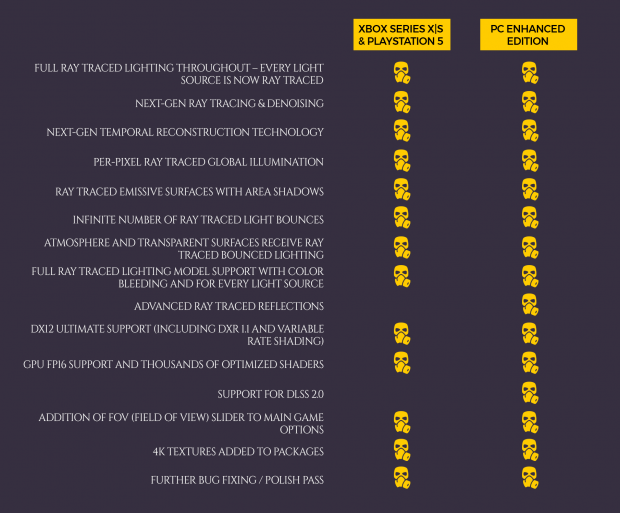 Now while there might be a next-gen console version of the game, Metro Exodus PC Enhanced Edition will be full beast mode on the PC adding in everything that the PS5 and Xbox Series X/S versions have as well as support for NVIDIA DLSS 2.0 technology and advanced ray traced reflections.

You can read all about it on the official Metro Exodus PC Enhanced Edition announcement.

"This upgrade is so extensive, it will require a Ray Tracing capable GPU as the minimum spec, and we will need to deliver this version as a separate product - it is not a simple 'patch' to the base game - instead it will be offered as an extra entitlement to all existing Metro Exodus PC players".

"Applying the same philosophy as our Xbox and PlayStation upgrades, this PC Enhanced Edition will be FREE to all existing Metro Exodus owners on the Epic Games Store, Steam and GoG. You can expect the PC Enhanced Edition to release later this Spring."