Elon Musk has recently been featured in an episode on Joe Rogan's podcast, and within the first five minutes of the interview, Musk reveals something quite amusing about the Starship rocket design.

Elon Musk has been hot in the news lately with all of his Twitter posts about DOGE coin, and now Musk has appeared on The Joe Rogan Experience podcast, where he talked about many different topics over a few hours. To kick the podcast off, Musk asked Rogan if he had ever seen the movie The Dictator starring Sacha Baron Cohen, Rogan said, he "never saw that one".

Musk continues to explain a scene in the movie where Sacha Baron Cohen, playing the character Aladeen, a brutal dictator. A team of researchers is building Aladeen nuclear weapons, and when shown what the researchers have built, Aladeen says that the missile "needs to be pointy". Musk says that the reason the SpaceX Starship nose is pointy is because of this scene.

Here's what was said -

"You literally told them to make the Starship more pointy because of the movie The Dictator?" said, Rogan.

"Yep, and they know it too, it's not like they are unaware of it. Everyone would thought it would be funny if they made the rocket more pointy, so we did." said Musk.

If you want to watch the podcast for yourself, check out this link here. 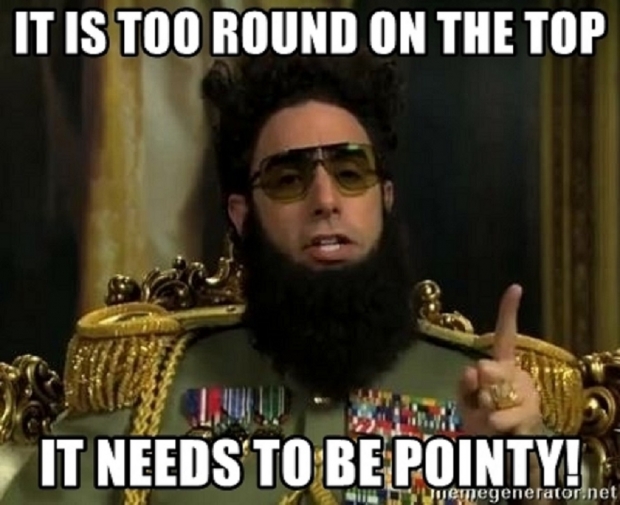