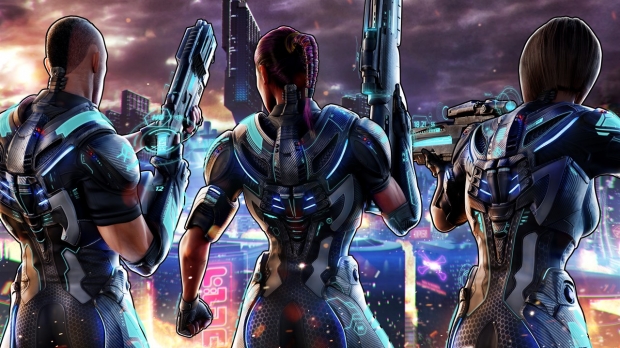 Crackdown 3 was hyped up for the Xbox One X, but the game came and went with little fanfare. Now it looks like Microsoft could try again, and Sumo Digital could be helping out. According to new job listings from Sumo Digital's Sheffield branch, the developer is hiring over 80 people for a handful of new projects. The positions range from higher-level senior leads to executive producers and hint these games may still be in early phases of development.

Various job listings confirm Sumo Digital Sheffield is working at least two new games: One is a AAA game set in an established open-world franchise, and another is a brand new third-person multiplayer IP. Fans speculate the former could be Crackdown 4 for Microsoft. The other is harder to define, of course.

Here's what the listings say:

We are looking for a passionate Senior Game Designer to work on the next game in an established AAA open-world action franchise. This is an exciting opportunity for a designer specialising in feature ownership, prototyping, and implementation.

We are looking for a passionate Senior Game Designer to join Sumo Digital on an exciting new IP. This is a fantastic opportunity for a game designer specialising in the character, combat, and traversal mechanics to play a pivotal role in developing the core experience of a AAA game from the ground up.

We are looking for a Lead Programmer to join us on an exciting new multiplayer shooter IP. This is a fantastic opportunity to play a pivotal role in developing the codebase from the ground up, helping the programming team to architect, plan and troubleshoot development, to deliver on the high-level vision for the game.

In this role, you will be a champion for quality across the project and collaborate with all disciplines in the delivery of an exciting new AAA franchise.