Google first revealed Stadia's save-state sharing feature in March 2019. Now it's finally rolling out, and it has big potential. 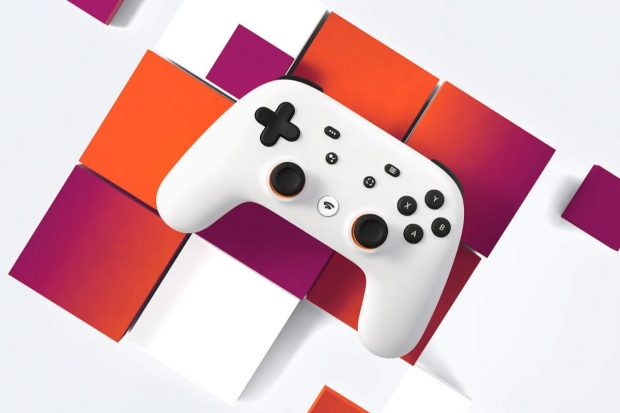 Stadia's save-state sharing feature essentially lets gamers create and share their own custom gameplay demos. You can record a clip of a game that's actually playable, similar to a custom save state in an emulator. Think of it as a captured video that you can actually play. This is a great way to let gamers try specific portions of a level or mission without having to spend the time to get to that point.

Here's how it works: Let's say you beat a tough boss, and want to challenge a friend to beat your progress or your time. You can create a link to your singleplayer game save and share with a friend, who can click it and enter your game session remotely. 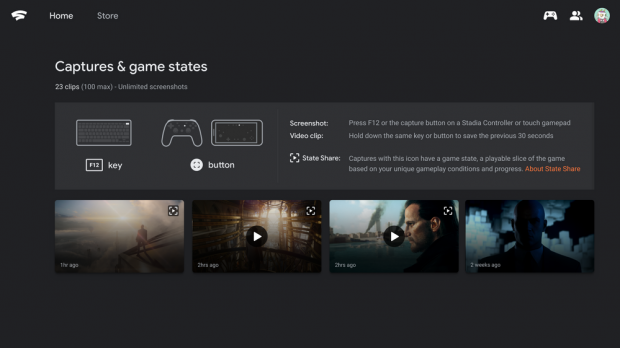 Hitman 3 is the first game to use this new feature. Sadly, you have to already own Hitman 3 to play other people's gameplay slices. It'd be much more interesting (and fun) if you could use the save state shares as a way to demo the game before you actually buy it.

The feature has far-reaching implications for the future of gaming and Microsoft plans to add something similar to Project xCloud. But right now it's limited to a paywall and it doesn't operate to its full potential. 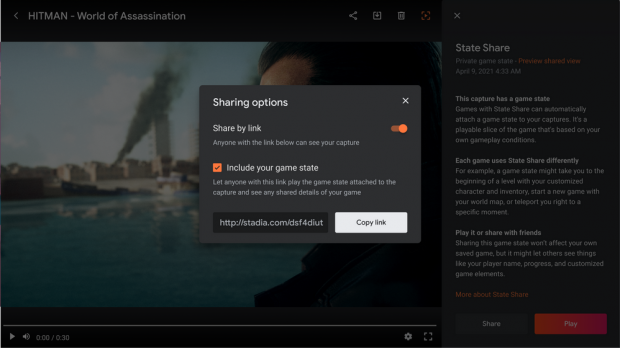 Here's an explanation of the new feature:

In HITMAN 3, as well as in the first two games in the HITMAN - World of Assassination trilogy, you'll be able to use State Share to save a game state within any campaign or custom mission, during the missions themselves or at the mission complete screen. IO Interactive has designed its use of State Share to allow all saved game states to include the following gameplay elements: 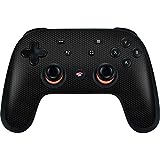