Since the official release of AGEIA's "PhysX" (dedicated physics) card for games, we haven't seen anything exciting happening with it at all. Following its release, of the VERY few games that were able to make use of it (namely Cellfactor, GRAW and a few others), these titles were discovered to work just fine without this card, not only that but the difference in physics effects with and without it were quite minimal, certainly not enough to warrant forking out for one.

To help draw a bit of attention to it again, a video posted up on YouTube shows off a new level in GRAW 2 called "AGEIA Island" with the PhysX in action, and after checking it out for myself it definitely wowed me more than anything i've seen from the card before. 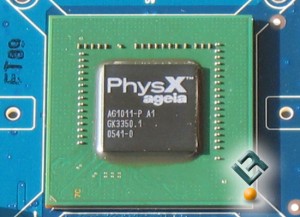 Though one thing's for sure, a very fancy looking clip isnt going to be enough to start shifting these things in big quantities. Games developers have got to want to implement code that specifically calls upon the power of this PPU to produce jaw dropping effects, which is obviously more work for them. There's not really any incentive for them to do it at this stage.

With no sign of developers opening arms to PhysX, there's no logic in buying one of these things, nor a third graphics card for dedicated physics on capable motherboards for that matter.

But hey, check the video out all the same. You never know, might be a nice taste of eventual treats to come in the gaming world.
Newsletter Subscription