Panasonic today revealed an updated version of its VR Glasses prototype. The VR Glasses are a compact tethered VR device for use with your smartphone or PC. 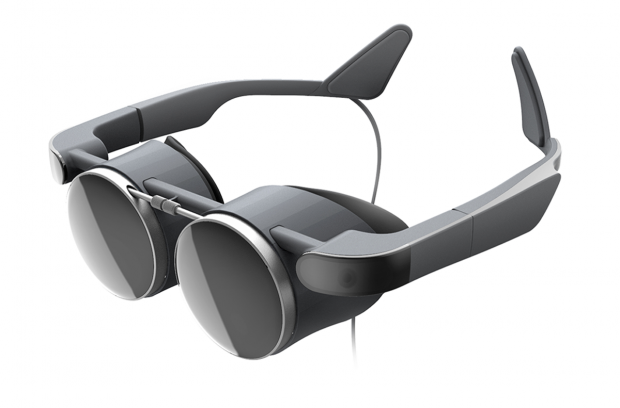 Panasonic first showed off its VR Glasses design last year at CES 2020, and this year the headset is back at the show but with a few updates compared to the old one. First and foremost, the newest version includes a pair of 2.6K micro-OLED panels for Kopin, which now offer HDR color support. The VR Glasses also include built-in earbuds, so you don't need to fiddle with an extra pair of headphones.

The Panasonic VR Glasses are so named for their unique industrial design. Unlike other VR headsets, the VR glasses don't have one large compartment for the screen, optics, and electronics. The VR Glasses have two small capsules that house the components for each eye separately. The optics include IPD adjustment, which is the distance between your pupils. It also supports diopter adjustment, which means you can move the lenses towards or away from your eyes.

There is no word as to when the Panasonic VR Glasses may hit the market, and at this stage, they may never in their current form. Micro-OLED displays are still costly, so this headset would likely be too much money for the average consumer. It's also a 3DoF headset, and the practical applications of such a device these days are limited.