Microsoft Flight Simulator is one of the most photorealistic games ever made, and sometimes it can even look better than real life.

Recently a quick side-by-side video clip made the rounds on Twitter that showed just how impressive Flight Simulator looks on PC. The video, which compares a real-life and in-game landing at Gatwick airport, was put out by YouTuber Tropical Tech 2. The results are eye-opening to say the least.

The in-game footage actually looks better than real-life. Sure the actual footage is foggy so the detail is hampered a bit, but the clarity in Flight Simulator is simply astounding. We've seen actual pilots chart trips across the digital skies and chronicle their adventures, complete with spellbinding screenshots.

Microsoft plans to bring Flight Simulator to consoles, but only on the Series X and Series X next-gen systems. The original Xbox One family simply isn't powerful enough to run the game--and the game doesn't look all that incredible on Series X's 12 TFLOPs of power. 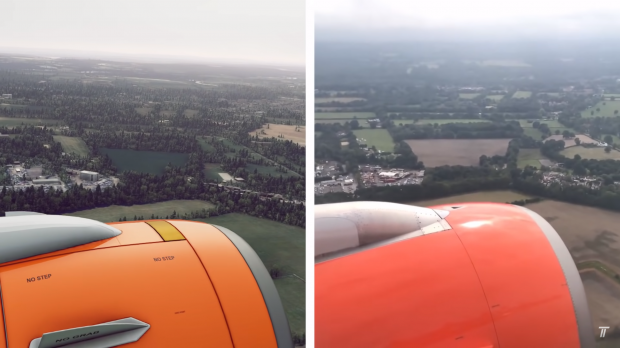