We were all on our smartphones more this year with over 1.4 billion voice and video calls being made on New Year's Eve 2020 globally on WhatsApp... that's a helluva lot of calls, and a record number of calls made on a single day for WhatsApp. 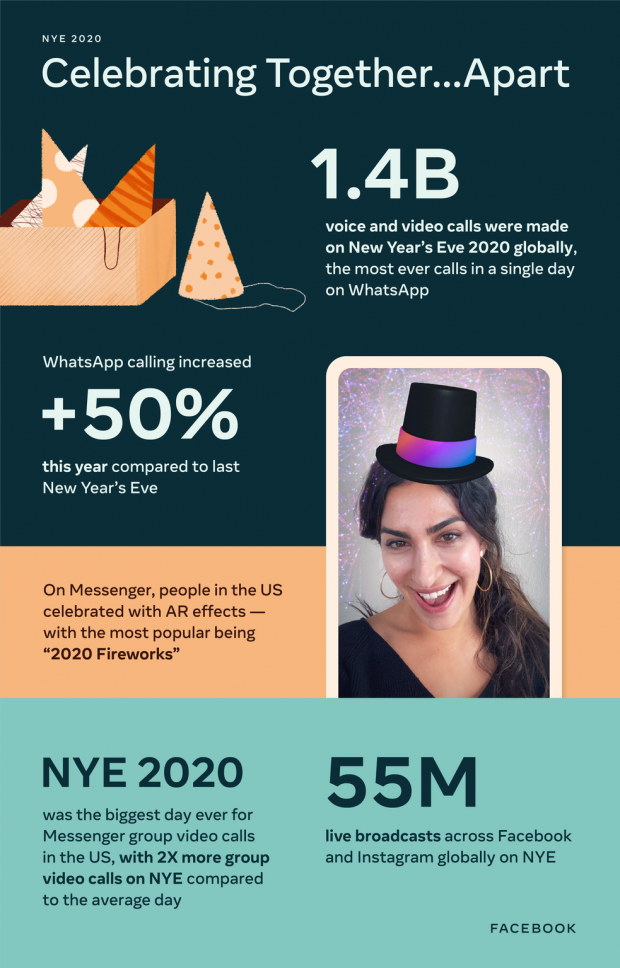 All of these services were flooded with users but didn't come close to the 1.4 billion voice and video calls over WhatsApp, with over 55 million live broadcasts across both Facebook and Instagram globally on New Year's Eve.

Caitlin Banford, technical program manager at Facebook said: "Before COVID-19, New Year's Eve generated Facebook's biggest spikes in messaging, photo uploads and social sharing at midnight across the world. However, in March 2020, the early days of the pandemic produced traffic spikes that would dwarf New Year's Eve several times over - and it lasted for months. Behind the scenes, Facebook Engineering came together to drive unprecedented efficiency improvements and make our infrastructure more resilient. This work includes load testing, disaster recovery testing and shuffling capacity. This year, New Year's Eve looked a lot different, and we had engineering teams across Facebook's apps, ready to support any issue, so the world could ring in 2021".