AMD is working on GPU chiplet technology for a future GPU release, but on December 31, 2020 as the world was about to ring in the New Year, AMD submitted a new patent to the USPTO. 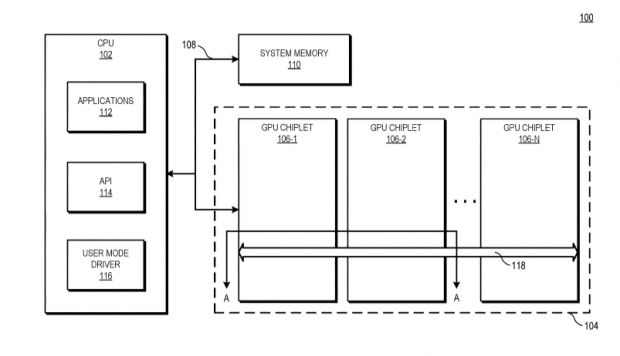 The new patent describes a GPU chiplet design that would be quite the advancement over NVIDIA right now, with the GPU chiplet be direct 'communicably coupled' to the CPU with each of the GPU chiplets in the array would be coupled to the first GPU through a passive crosslink.

AMD sees a future where a passive crosslink is used for communication wires between GPU chiplets, which are all on a single interposer. This means that the groups of GPU chiplets work work like a System-on-a-Chip (SoC) which is divided into separate functional chips. 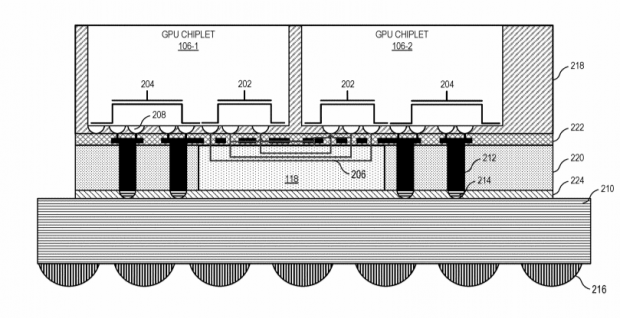 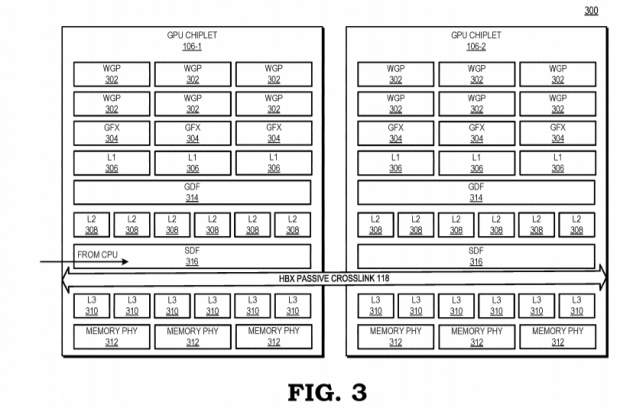 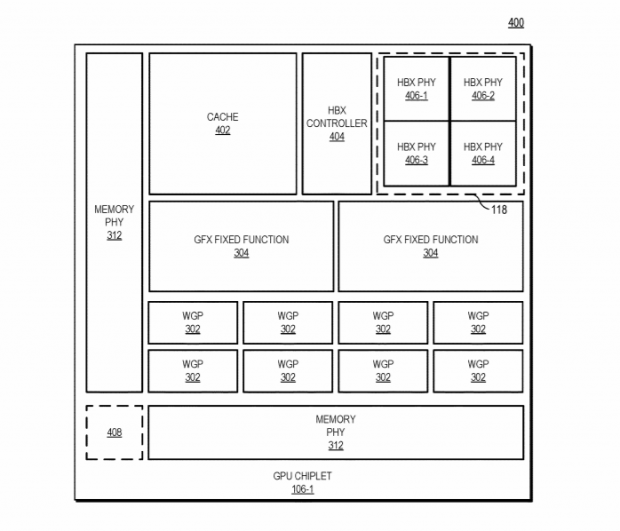 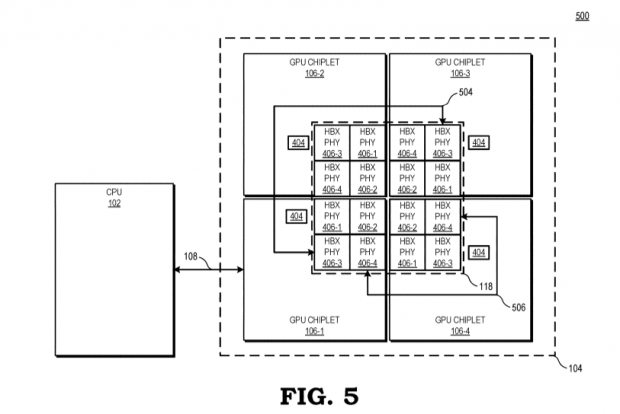 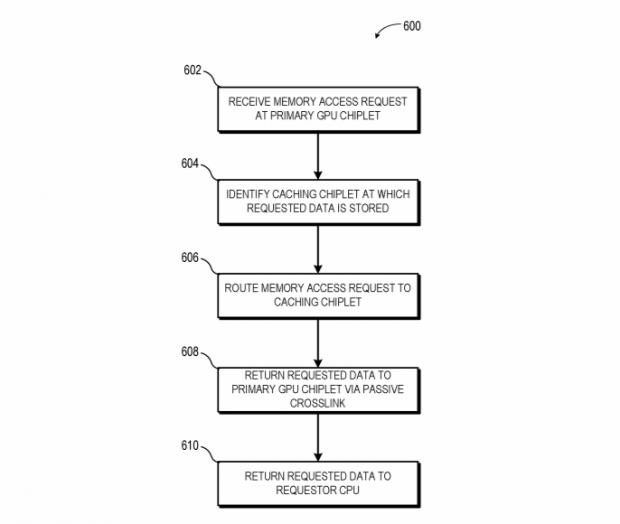 Normally, we have GPUs that use their own last-level cache (LLC) but in future GPU chiplet designs from AMD would have their own LLC -- but it would be used in a way that would see the cache being "communicably coupled" to other physical resources so that the cache stays "unified and remains coherent across all GPU chiplets".

NVIDIA and Intel will both have their own GPU chiplet-style architectures in the coming years, but AMD already has plenty of experience using chiplets in its mega successful Ryzen CPU family of processors. Chiplet technology has allowed AMD to almost come out of nowhere with a magic CPU architecture using chiplets, and dominate its Superman-like competitor within a matter of a few years.

GPU chiplet technology? 8K 60FPS gaming could be a reality far, far sooner than we think.