ASUS is preparing its next-gen ROG Zephyrus GA15 GA503QS gaming laptop which packs the Zen 3-based AMD Ryzen 7 5800HS processor (which should be an 8-core, 16-thread model). 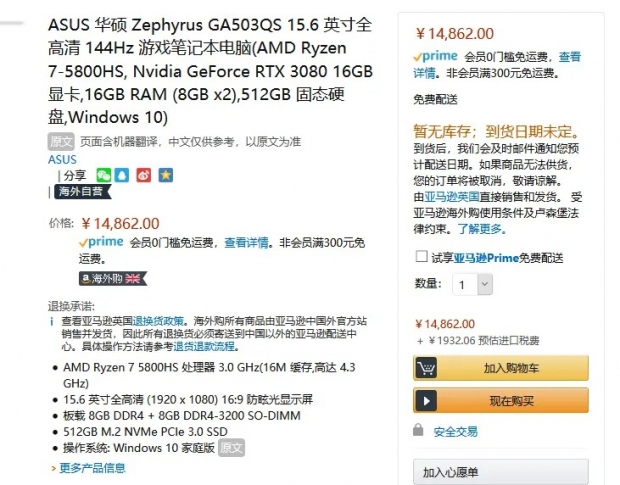 Inside, the Ryzen 7 5800HS processor will be joined by an NVIDIA GeForce RTX 3080 graphics card with something very interesting: 16GB of VRAM. If it does indeed pack 16GB of GDDR6, the ROG Zephyrus GA15 GA503QS will be one of the first laptops to pack a GPU with 16GB of VRAM.

We should expect the full-fat GA102 GPU with 6144 CUDA cores, which means it has more CUDA cores than the desktop GeForce RTX 3070 graphics card. The GeForce RTX 3080 inside of the ROG Zephyrus GA15 GA503QS is on a 256-bit memory bus with its memory expected to be at least 14Gbps, meaning we should have 448GB/sec of memory bandwidth. 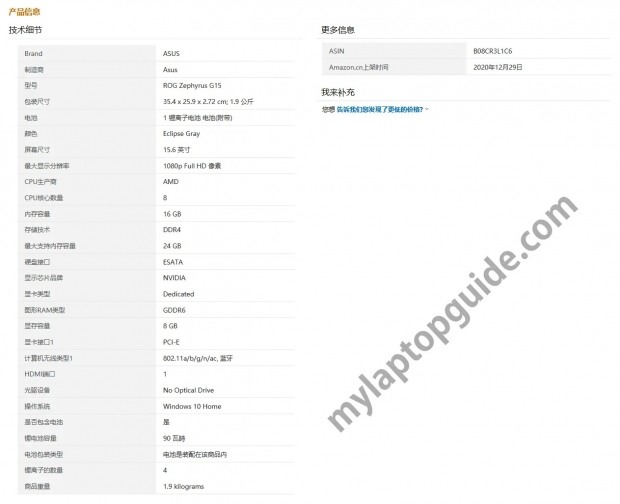 As for price, it is listed on Amazon China for 14,862 RMB which converts to around $2270. There's no details on ETA at this point in time. 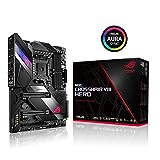