The Atari VCS can actually run PC games via Linux and Windows 10, but modern games like Cyberpunk 2077 are pretty janky.

On paper, the Atari VCS isn't anything to write home about. The system is billed as a PC-console "connected device" hybrid but is pretty weak. The Atari VCS sports a 14nm Ryzen Embedded R1606G APU with a dual-core Zen CPU and an integrated Radeon Vega 3 GPU, which isn't really enough for modern games. You're scraping the bottom of the barrel here when running Cyberpunk 2077 on the VCS.

That being said, Cyberpunk 2077 does technically run. YouTuber Kevin Kenson just put out a video detailing how CD Projekt RED's big new game runs on the Atari SoC. The short answer...not well. The game will actually run, but you have to crank the settings down to their minimum and the performance is still a choppy mess.

Kenson also makes an astute observation that CP2077 probably only runs on the Atari VCS because of the new-ish Hotfix 1.05 update. This update optimizes multi-threading for AMD Ryzen CPUs with 8-cores or less, which effectively lets the game squeeze out more performance from the VCS' smaller dual-core CPU.

We're curious what other games will run on the Atari VCS, and at what resolution/frame rates and performance values.

The VCS currently isn't available for consumers, but Atari is sending out shipments to backers right now. 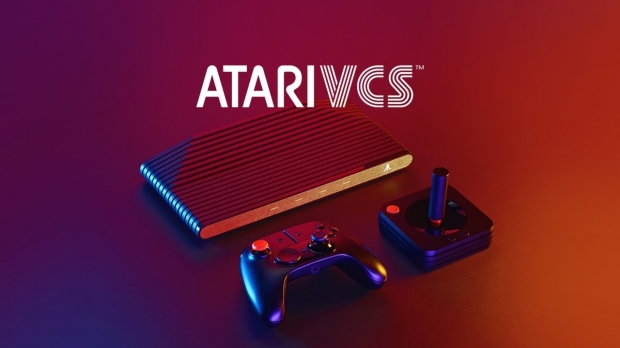