At the time, Noctua had this to say about the product: 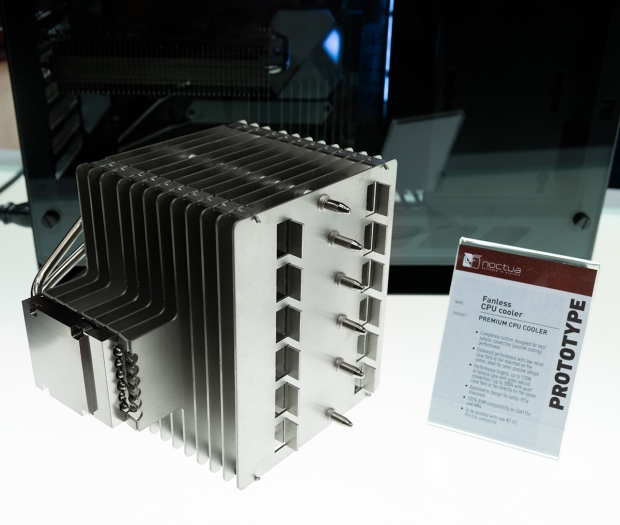 "Another highlight of this year's line-up was Noctua's new fanless cooler project. Designed for passive cooling from the ground up, the 1.5kg prototype was demoed in a completely fanless, silent system from QuietPC.com that relies on natural convection only. Despite the less than ideal conditions on the show floor, the cooler managed to keep an Intel Core i9 9900K CPU in check while the processor was fully stressed running Prime95 and producing a heat load of almost 120W. By adding an additional low-noise case fan, such as the NF-A12x25 ULN, the prototype was able to dissipate up to 180W, making it ideal for semi-passive setups. It is currently scheduled to hit the market in the first half of 2020."

We can't be sure that the production version would be able to manage the same performance, but we can't imagine Noctua would spend a year and a half making it worse than it was.